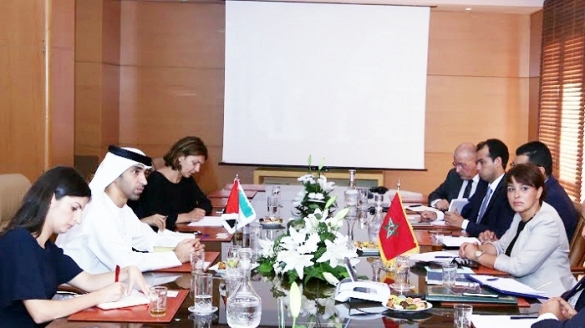 UAE Pledges Support to Morocco for Successful Organization of COP22 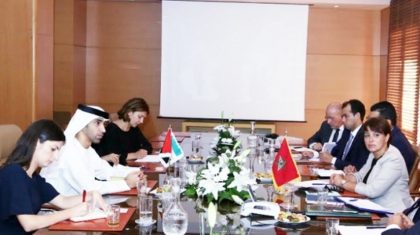 The United Arab Emirates has pledged to extend all support possible, including financial support, to Morocco to ensure a successful organization of the COP22 in Marrakech.
The pledge was made by visiting UAE Minister for Climate Change and Environment, Hani Ben Ahmad Al Zeyoudi, during talks he held in Rabat with Foreign Minister and President of the COP22 Steering Committee, Salaheddine Mezouar, and Minister for Environment, Hakima El Haite.
At the meetings with the Moroccan officials, the UAE Minister voiced his country’s readiness to become more involved in the success of the Conference of Parties to the UN framework Convention on Climate change (COP22) to be held in Marrakech in November 7 through 18, and discussed with them the terms of the financial support the UAE will grant Morocco.
They also discussed the possibility to organize, on the occasion of the world gathering, joint events on various climate-related themes. The environment ministries of the two countries also agreed to work together on several issues related to COP22.
Mezouar told reporters after his meeting with the UAE official that discussions focused on the ongoing preparations for this important global meeting. It was also an opportunity to launch several joint and concrete initiatives, Mezouar said.
The UAE Minister for Climate Change and Environment on his part said that COP22 is a very important step to devise an action plan for the coming years and to implement the agreements on environmental protection and fight against climate change.

The UAE official underscored the significant role of the private sector and civil society in the success of this meeting and the global implementation of environment-related agreements.

The UAE official’s visit was also marked by the signing of a memorandum of understanding between the Moroccan Ministry of Equipment, Transportation and Logistics and the Emirates Driving Institute (EDI.)
Under the MoU, the two sides will carry out joint projects, coordinate actions and share experiences in road safety and transportation.