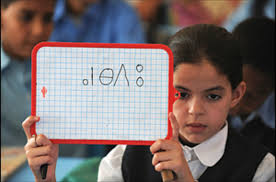 The long awaited-for organic draft law on the implementation of the official character of Amazigh provides for a set of measures to be adopted gradually, among which the use of the language in bank notes, postal stamps and other official documents delivered by the state.

The draft law, which has stirred debate between the proponents and opponents of the integration of Amazigh in daily life, includes a set of measures for the gradual inclusion of the language in different walks of life.

It lays down in 35 articles the provisions for the implementation of Article 5 of the constitution which stipulates that Amazigh is an official language of the state alongside Arabic and that it belongs to all Moroccans without exception.

Article 1 of the draft organic law defines Amazigh as a language that refers to all the varieties used in different Amazigh speaking regions. Article 2 stresses that the state shall endeavour to improve the use of this language in priority sectors such as education, media and public administration.

On education, Article 3 stipulates that learning the Amazigh language is a right of all Moroccans, and that the ministry in charge shall take all the necessary measures to ensure a gradual integration of the language in private and public schools.

The text also allows members of the Parliament to use Amazigh in proceedings, while interpreters can translate to non-Amazigh speakers.

Article 12 stipulates that the state shall spare no effort to integrate Amazigh and encourage its use in public and private media outlets. In this regard, the use of Amazigh shall be considered a criterion for obtaining public aid for audio visual productions.

Another innovation is the provision to translate and use subtitles for all Royal speeches in addition to those delivered by public officials.