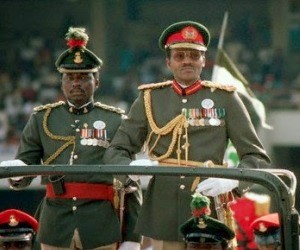 “King Mohammed VI allowed, out of solidarity with Niger, the supply of military equipment-with the exception of lethal ammunition- to support its traditional ally in the lake of Tchad to face recurrent infiltrations by Boko Haram from neighboring Nigeria,” the Moroccan source that requested not to be named said.

The same Moroccan source told Le Monde that discussions are underway to determine the exact nature of this military aid and the means of its shipment to the Niamey’s authorities.

This will be the first time Morocco ships military equipment to a sub-Saharan country to fight terrorism, noted the French paper.

The announcement of Morocco’s military aid comes after the Kingdom expressed its willingness to join the African Union. This military support to Niamey comes at a context where the Nigerian military endured losses due to Boko Haram’s increasing attacks. In June 3, the terrorist group killed 24 Nigerian soldiers.

The new military aid is viewed with a suspicious eye in Algeria which has been endeavoring to ensure a monopoly over anti-terrorism actions in the region through the creation in 2010 of the Regional Command for Joint Counter Terrorism Operations (CEMOC) in Tamanraset (southern Algeria). Six years after its creation, the CEMOC fell short of achieving its objectives due, in part, to Algeria’s refusal to grant other countries the right to pursue AQIM fighters in its territories. It is also ambiguous that Algeria, the origin of most of AQIM’s leadership, has been calling on countries of the region to intensify cooperation to counter terrorism while at the same time opposing Morocco’s participation in the CEMOC.

The new military aid, if confirmed, will add a new dimension to Morocco’s engagement in favor of peace and stability in sub-Saharan Africa. The Kingdom is already engaged in an intellectual battle involving the training of imams on the tolerant precepts of Islam to counter violent extremism. Strengthened Military cooperation with Sub-Saharan countries will add another dimension that will further boost Morocco’s ties with its African environment.