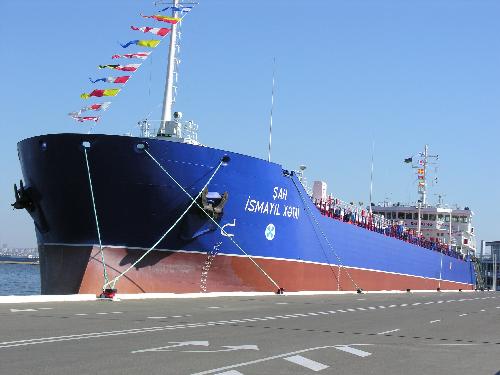 The SafeMed II Project: Harmonising enforcement of maritime standards across North Africa and the Mediterranean

The adage ‘a chain is as strong as its weakest link’ is well applied to the need for harmonised maritime standards across a region as diverse as the Mediterranean. As one of the world’s major shipping areas, the Mediterranean Sea comprises some 450 ports and terminals, handling more than 300,000 port calls per annum. Progress towards improved enforcement of maritime standards for safety and security must therefore be achieved on a regional level, through coordinated efforts.

The SafeMed Project is the European Union (EU)’s response to this regional challenge, set up in 2006 with the aim of promoting the coherent, effective and uniform implementation of the international maritime conventions across the Mediterranean Region.

“The SafeMed project is offering North African States many opportunities to strengthen their maritime administrations, be it through training, field missions or providing some tools for better checking the conformity with the recognised international standards of ships calling at their ports. This brings improved safety and security, and ultimately has beneficial economic effects,” said Mr Frederic Hebert, Director REMPEC.

“Maritime trade patterns in North Africa are mostly between the SafeMed Beneficiaries and European Union countries which uphold increasingly stringent standards in terms of maritime safety and protection of the marine environment. As most of these standards apply to non-EU vessels calling in EU ports, by assisting North African coastal States meet these standards, the Project promotes the enforcement of a safe and environment-friendly regulatory framework for maritime trade.”

Reducing pollution in the Med

The Mediterranean Sea which is almost entirely enclosed, accounts for 10% of global shipping activity in terms of deadweight terms and 18 % of global seaborne crude oil shipments . As a result, the problem of marine pollution from ships is an acute one. The SafeMed Project strives to reduce pollution from ships by encouraging and organising concerted efforts among Euro-Mediterranean and North African coastal States.  In this regard, MedRules was developed within the framework of the Project. This decision-support tool assists Port State Control Officers of the Med MoU on PSC to determine more efficiently which versions of international maritime Conventions and regulations are applicable to inspected ships. Thus, MedRules is a concrete measure aimed at enhancing maritime safety and security, and reducing marine pollution in the region.

Several maritime ambitions within North African States have been fulfilled with assistance from the SafeMed Project. Since the Project’s inception in 2006, Algeria has ratified the Protocol 88 of the Safety of Life at Sea Convention, which includes latest safety rules for ships. Egypt, Morocco and Tunisia have ratified Annex VI of the MARPOL Convention dealing with prevention of air pollution from ships, and the Bunkers and AFS Conventions, dealing with liability for marine pollution caused by bunker oils and with control of harmful anti-fouling systems on ships, respectively, the preparations for ratification of both were covered by the SafeMed Project. Moreover, Egypt has also ratified the 2004 Ballast Water Management Convention.

The Voluntary IMO Member State Audit Scheme (VIMSAS) is a key element in preparing North African States for further compliance with international maritime requirements. The SafeMed Project organises regional and national workshops providing its Beneficiaries with the assistance and technical support they request to strengthen their capacity to enforce their international obligations. It should also be noted that during the implementation of the SafeMed Project, Morocco has officially volunteered for the IMO Member State Audit Scheme, which creates a basis to assess the degree to which an IMO Member State complies with its international maritime obligations.

SafeMed’s Vessel Traffic System (VTS) training courses provide Officers and Supervisors at VTS installations with further training to bring their qualifications in line with the standards of the International Association of Marine Aids to Navigation & Lighthouse Authorities (IALA). VTS Operators from Albania, Israel, Jordan, Montenegro, Morocco, and Tunisia are presently being trained to upgrade their skills and competencies to the required international standards.

The Mediterranean region, with its richly diverse cultural and political characteristics, offers great potential for advancement through enhanced communication and cooperation. The SafeMed Project is part of the wider Euro-Mediterranean Partnership which, in economic terms, aims inter alia at establishing a free-trade area in the basin. In order to achieve these goals, it is essential to harmonise the application of the international regulatory framework between all stakeholders, EU and non-EU. This shared objective forms part of a wider movement to create the conditions required for sustainable growth across the entire Mediterranean region.