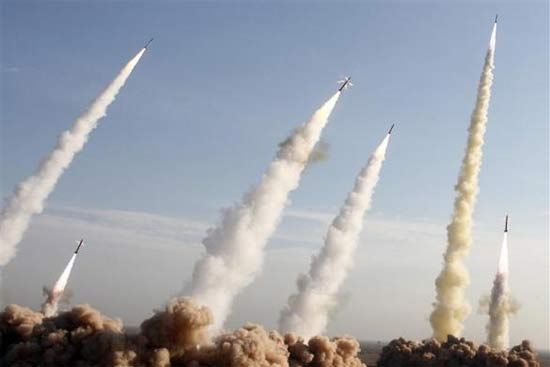 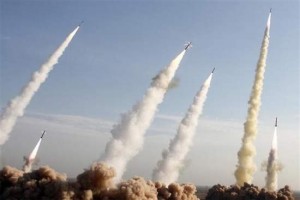 In a large scale military training destined at sending strong signals to those who might be threatening Iran’s security will be presenting new missiles and artillery systems. The head of Iran’s air defense headquarters, Farzad Esmaili, said the three domestically-built missile and artillery systems would be a significant boost to Iran’s military defenses.
One of the missiles is named as “Ya Zahra 3” and according to Esmaili, it is “completely indigenous and Iranian” and has been made to satisfy the “internal needs” of the country. It is a low altitude missile system. “Qader” is also a new missile with high mobility potentials and can be launched in less than 30minutes. Another missile system baptized as the “Velayat 4” concentrates on air defenses. “Safat”, an artillery system capable of evading enemy surveillance detection is also part of the pack.
The use of these weapons in the ongoing military exercise has been described as “the most significant firing of missiles” by Esmaili. The military drills come less than a week after the Pentagon said Iranian planes opened fire on an unarmed U.S. drone over international waters while Tehran referred to it as the violation of its airspace by “an enemy’s unmanned aircraft.”
Doubts still remain over Iran’s successive military developments as experts believe that it always exaggerates its achievements. Among them is Michael Elleman, a missile expert at the International Institute for Strategic Studies (IISS), said the country is famous for modifying and upgrading procured weapons overseas and claim that it made it. He admitted that Iran has made significant achievements in the field of engineering and programme management but it is not yet capable of “creating new air defense systems on its own.”
Nevertheless, concerns still linger over its longer-range missiles such as the Shahab.