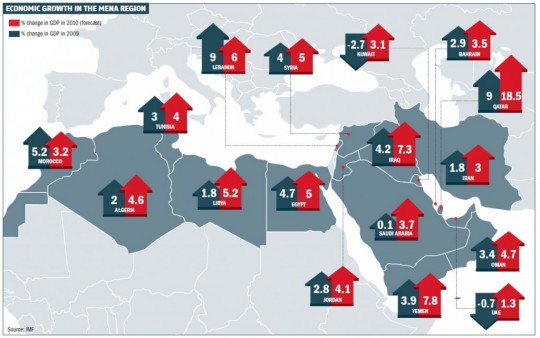 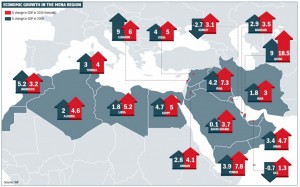 A stronger trade and economic integration among the countries of the Middle East and North Africa is an essential reform that is likely to deliver economic growth on a scale and timetable that would create enough jobs and prosperity for the rapidly growing populations in these countries.
“More trade integration would not only create growth and jobs, but it would also act as a catalyst for reform: it would provide discipline and incentives to help get the reform strategy right,” said IMF First Deputy Managing Director, David Lipton, at a lecture he delivered on Tuesday at the London School of Economics.
MENA is a huge and economically varied region with a population of more than 400 million people and $3 trillion in GDP. That accounts for about 6 percent of the global population, and for 4 percent of global GDP, the IMF executive said noting that “the non-oil exports of the whole region stand at $365 billion, about the same as the exports of Belgium, a country of eleven, not 400 million people.”
Focusing on the Arab countries in transition, like Egypt, Jordan, Libya, Morocco, Tunisia, and Yemen, that have all embarked on substantive political change, either through revolutions or from within, the lecturer said long before people took to the streets, these countries in transition faced the challenge of employing rapidly growing, youthful populations.
However, despite several rounds of reforms, their economies were unable to generate enough jobs, he said imputing this to a lack of openness to international trade, which might have generated more jobs than just producing for the home market, governments’ inability to create the infrastructure needed to support a dynamic economy, and a lack of inclusiveness when structural reforms were attempted and investments in new sectors remained in the hands of a select elite.
As a result, there was a lack of economic vitality and high and rising unemployment, including among well educated young people, he explained. Youth unemployment ranges from 18 to 30 percent in Egypt, Jordan, Morocco, and Tunisia.
To achieve broad-based and sustainable growth, the countries of the Middle East need to move away from state-dominated to private investment and from protected industries and rent-seeking to export-led growth and value creation. That’s where the jobs will be, the IMF executive said, adding that in order to unlock the region’s formidable growth potential, the private sector must become the main source of growth, which will only happen if they can access global markets, not just their home markets.
The lecturer also underscored the need for the countries of the MENA region to improve the business environment, ease the burdensome regulation to starting a business, and abide by the rule of law which is key to commerce.
He further urged governments to reform labor market regulations to reduce disincentives for hiring, while maintaining adequate worker protection, improve education and realign it to the needs of private employers through endowing the labor force with more education, and greater technical skills in engineering and science, and to facilitate access to finance, as the region has the lowest share of bank financing in the world, with only 10 percent of firms using banks to finance investment.
The IMF is currently expecting a moderate recovery in 2013 for Arab countries in transition, but growth will not be sufficient to begin making sizeable inroads in tackling high unemployment, he warned adding that fiscal deficits in the region have increased and now average 9 percent of GDP in most of these countries.
Touching on the subsidies meant to support the most vulnerable strata of the society that he described as “inefficient and expensive”, he said the system might support social peace in the short run but it siphons resources away from investment in education, infrastructure, and other key areas.