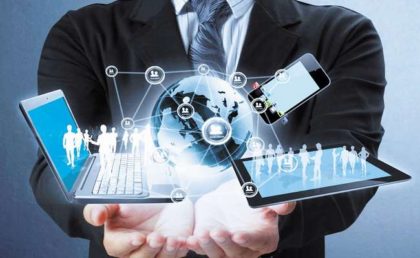 Morocco has all it takes to become the technology hub of North Africa and even of the continent but authorities’ foot-dragging to promote digital technology and initiatives hinders the process, communication of influence expert Hamza Hraoui said in an interview.

Authorities could make the dream come true if they change their policy and work harder to promote start-ups exploring the digital world in Morocco, Hraoui said in an interview with HuffpostMaroc, published on Thursday.

Hraoui was speaking in the wake of the launch of a Moroccan agency for the development of digital economy, tasked with supporting operators to develop this digital economy and with improving e-gov.

The communication expert said Morocco still lags behind in terms of total liberalization of the internet. He cited in this regards the recent decision of the country’s Telecommunication Regulatory Agency (ANRT) to ban the use of VoiP hardware.

Hraoui added that authorities should mobilize start-ups and inject funds into private initiatives in order to help digital companies compete on the international front.

“Moroccans are expecting a genuine and resolute digital plan that will help companies carry out their structuring projects on markets where Morocco can become the continental leader in 3 to 5 years: additive manufacturing such as 3D printers, connected items, augmented reality technology, smart cities, digital technology teaching schools, etc.” Hraoui said.

For the communication expert, it is evident that Morocco has the necessary it takes to become the Silicon Valley of the region.

Morocco can legitimately claim to be the technology hub of the region, he said, pointing out that internet penetration rate in Morocco exceeds 56 per cent whereas it stands at 44 per cent in Tunisia and at less than 20 per cent in Algeria.

“Aside from having the most connected population of the Maghreb, Morocco also has a most dynamic online media,” the expert said.

In terms of ICT infrastructure, Morocco has taken the lead, he said. While Algeria introduced the 3G connectivity only in 2013, Morocco has the widest 4G coverage of the Maghreb. These fundamentals make of Morocco the most attractive country at present.

The use of digital technology will help promote the image of the country and its diplomacy, as online media have become essential for promoting the nation branding concept, Hraoui stated further, deploring however that Morocco does not feature in the top 10 most connected African countries.

The online presence for a country is an opportunity to embody and disseminate, in a modern and controlled manner, the soft power of the country. These media have become essential for the nation branding, he said.

Urging governmental departments and businesses to change their culture and open up to the digital world, he said he is convinced that Moroccan companies will spearhead this process and accelerate the country’s transition to the digital era.