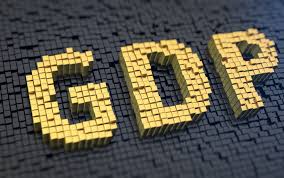 Amid bleak growth prospects in the MENA region on the backdrop of tightening fiscal policies in response to low oil prices, Morocco stands out with forecasts to post favorable growth prospects on the medium-term, Capital Economics’ Q2 2016 Middle East Outlook report said.

“And Morocco’s economy, whose medium-term prospects are the brightest in the region, will also see growth weaken, due to a drought,” the report noted.

The UAE shows the best long-term economic prospects, with an anticipated GDP growth of up to 3% in the coming years, while Bahrain and Oman are likely to be poor performers with growth rates not exceeding 1% in 2016-2017, the same source added.

According to the report, the Saudi economy, the largest in the region, is expected to post a meagre growth rate of 0.3% this year and remain weak “for the foreseeable future”, with anticipated growth of 0.8% in 2017.

As for Egypt, the decrease in tourism revenues has taken a toll on the country’s fiscal and monetary policies resulting in a slow growth this year.

The report expects low growth rates amid regional instability and low oil prices. “Overall, we forecast the MENA region as a whole to expand by just 1.3% this year, which would mark the weakest growth since the late-1980s,” says the report.

North Africa Post's news desk is composed of journalists and editors, who are constantly working to provide new and accurate stories to NAP readers.
NEWER POSTWhat it Takes for Morocco to Become the Maghreb’s Silicon Valley
OLDER POSTMorocco should brace itself for the return of Jihadists stripped out of Dutch nationality