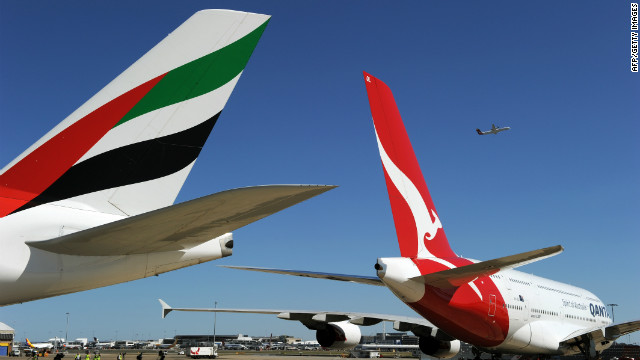 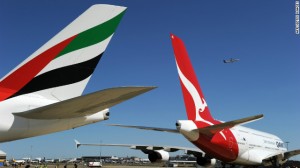 The Dubai-based Emirates Airline and the Australian flag carrier Qantas have announced a global partnership that would align their ticket prices and flight schedules.
The 10-year codeshare deal, which still needs the approval of antitrust authorities, will offer Emirates greater access to Australia’s growing air travel network and the possibility to make round-the-world service, using the Australian carrier for trans-Pacific flights.
The move, which is expected to prompt other rival airliners to respond, will also enable Dubai to become new global hub for Qantas’ European flights from Singapore.
Qantas, which has been hit badly by slowing demand, tough competition and soaring fuel costs, says the pact will revive its plagued international unit and help it to take off. Last month, the Australian company announced a net loss of $248 million, which forced it to cancel orders for for the purchase of 35 Boeing planes.
Emirates flies to more than 70 destinations in Europe, making it easier for Qantas to cut flights while still being able to service these destinations and focus on profit-making routes.