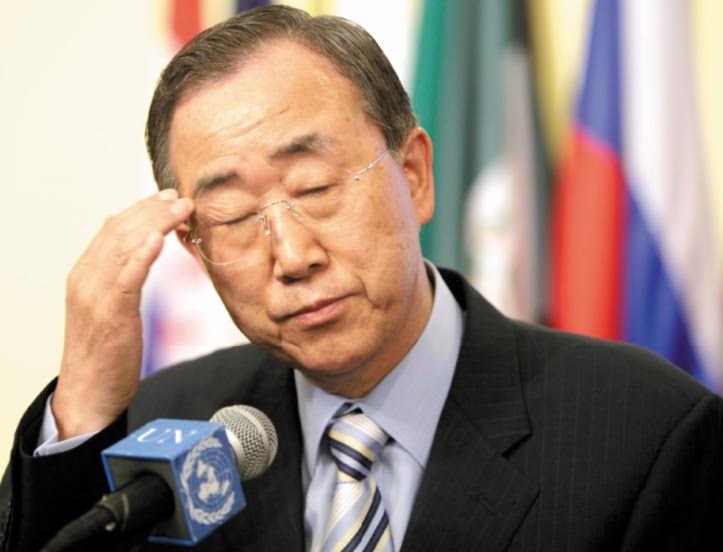 Sahara: Ban Ki-Moon Trapped in Own Recklessness, in Polisario’s Wickedness 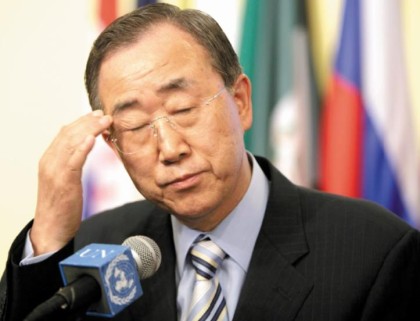 The United Nations Secretary General is supposed to be a peace-maker and most importantly is supposed to observe neutrality in any conflict he is called to settle. But Ban Ki-moon, the current UN Chief has ignored his position and the role he needs to play and recklessly fell in his own trap and in the trap set by the wicked rulers of the Polisario and their Algerian mentors.

The man who visited the Maghreb region lately in a declared bid to revive the deadlocked negotiations on the UN-sponsored Western Sahara settlement process ignited tension with a party to the conflict and fueled the tension created by this regional conflict.

Instead of carrying out his mission as a neutral mediator, Ban Ki-moon espoused the separatist thesis exposed by the Polisario and completely ignored the grievances expressed by Morocco and many UN bodies and NGOs (the dire situation prevailing in the Polisario-run Tindouf camps, the absence of a census of the camps population…) as he ignored the proposal made by the Kingdom, back in 2007, to grant a large autonomy to the disputed territory under Moroccan sovereignty. This proposal was and is described by the UN Security Council and many a world power as “serious, credible and realistic.”

After the blatant bias he showed through his reckless remarks and following the firm response of all the components of the Moroccan society with its Government, Parliament, political parties, trade unions and civil society activists, Ban Ki-moon found himself in a very difficult situation.

And for a reason. Morocco decided to suspend its $3 million voluntary contribution to the MINURSO, to reduce drastically the mission’s civilian staffers by expelling 84 out of 88 of the staff and threatened to pull out all or part of its 2,300 peacekeepers from UN peace missions around the world.

And many influential members of the Security Council expressed in a way or another support to Morocco’s standpoint, translating thus their disavowal of the UN Chief.

Actually Ban Ki-Moon found himself in an awkward situation after the US mission to the United Nations issued in New York last week a statement renewing Washington’s support to the Moroccan autonomy initiative saying “we consider the Moroccan Autonomy Plan as serious, realistic and credible” and “we think that this initiative is a potential approach likely to fulfil the aspirations of the Western Sahara people to run their own affairs in peace and dignity.”

“We continue to support the UN-led process to bring about a peaceful, sustainable, and mutually-agreed solution to the conflict,” says the UN administration.

The same unchanged position was reiterated in Rabat by the US Ambassador to Morocco, Dwight L. Bush, in a statement to the media. The diplomat said that Washington is very concerned over the turn of events between the UNSG and Morocco and wants to help solve this problem.
French Foreign Ministry spokesman renewed early last week Fance’s steady support to Morocco regarding the Sahara issue, while Russia affirmed, during the official visit of King Mohammed VI to Moscow last week, its opposition to any “infringement of the parameters” already defined by the Security Council.

These two permanent members of the Security Council and four non-permanent members, namely Spain, Japan, Egypt and Senegal have also defended Morocco’s position and openly refused to endorse the UN Secretary General, during a first meeting of the Security Council held last Thursday to debate the reasons behind the decisions made by Morocco in protest against the UN Chief’s missteps.

Several analysts said the Security Council showed responsibility and balance during this meeting, since the Council, although it is seriously concerned about the impact of the quarrel between the UN Chief and Morocco, did not issue any resolution or decision.

Ambassador of Angola, current chair of the Security Council, said that member States were urged to individually reach out to Morocco to try to “stabilize the situation” and “to advance in a positive way.

The Council did not express public support for Ban Ki-moon nor did it urge Rabat to reconsider its decisions regarding the MINURSO.

Whatever the conclusions to be drawn by the Security Council,  what is sure is that Ban Ki-moon was not taking seriously his position as the UN top diplomat when he made his trip to the region nor was he considering the Sahara issue as an important and sensitive question.

After he was taken aback by Morocco’s firm response to his thoughtless remarks, Ban Ki-moon has reportedly confessed that he never considered the Sahara conflict as a priority issue, that he ignored the ins and outs of the dossier, and that he just followed the recommendations of his staff.

The least we can say of this confession is that it is surprising and hard to believe. How can staffers tell Ban ki-moon to use the word “occupation” when speaking of the situation in the Sahara while none of his five predecessors, who handled the issue before him ever used such jargon that transgresses the UN body’s neutrality and impartiality? How can they advise him to give the peace sign in the camp of one of the conflicting parties? How can they instruct him to bow to the banner of an entity that is not recognized as a UN member? Is he a mere puppet in the hands of his staffers and other advisors or was he heeding the instructions of some Polisario witches? The answer to all these questions is that Ban Ki-moon, who is supposed to be mentally healthy, has openly taken sides in a conflict he is supposed to help settle.

Anyways, in Ban Ki-moon’s case, as a saying in Arabic goes, the justification is more serious than the offense.