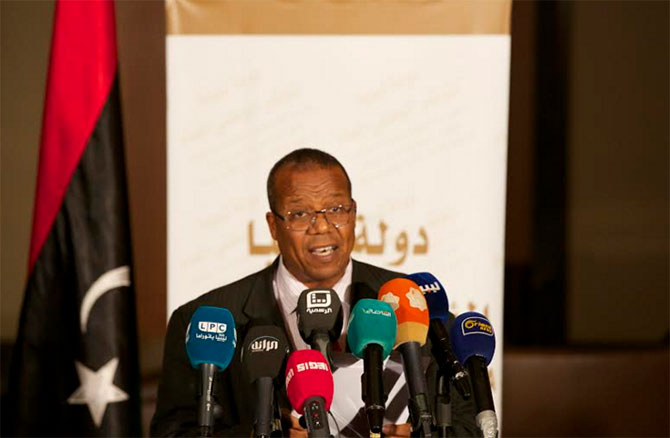 Libya: GNC comes up with Libyan-Libyan plan to end crisis 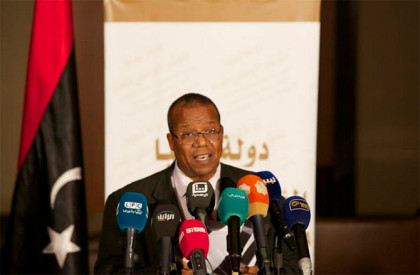 Tripoli-based General National Congress (GNC) Tuesday proposed its own Libyan-Libyan roadmap to end the political crisis in a counter move to the UN-supported plan which led to the approval of Libyan unity government in Morocco.
The roadmap according to committee member Abdul-Gader Hawaili speaking at press conference includes formation of a new interim parliament made up of 100 members from the GNC and 100 others from the eastern region, and will operate on the basis of the constitutional declaration until new parliamentary elections take place.
Hawaili also added that in addition of the interim parliament, the GNC also proposes the formation of a committee within the interim parliament which will monitor Central Bank of Libya.
The GNC also proposes the reorganization and reformation of the army as well as the enrollment of the militia men on individual basis. The army will be tasked with bring peace and stability in the country while also fighting terrorism now very rife across the country with IS surfing unchallenged.
The roadmap also hashes out a unity government which will be made of ministries such as Oil and Gas, Defense, Foreign Affairs, Health, Economy, Education, Martyrs Affairs, Finance, Electricity, Local Government, Awqaf (Endowment) and Islamic Affairs, Interior and Immigration.
The GNC led by its Head Nuri Abu Sahmain has embarked on anti-UN-proposed Libyan unity government campaign. It rejected the proposed unity government saying that Libyans were not consulted on the composition of its members.
The GNC also initiated Libyan-Libyan talks as it stretched its hands to rival House of Representative (HoR) members. Nuri Abu Sahmain and his rival Ageela Salah head of the HoR have approved the Libyan-Libyan meeting in Tunis this month which gave way to “Declaration of Principle sealed by hardliners of both law bodies.
Under the Declaration of Principle, the participants promised to form a committee (5+5) which will tasked with a pointing a Prime Minister and his two Deputies. They also agreed to form another committee which will also ponder over Libya’s 1963 constitution deemed by the participant and the suitable legal frame-work to end conflict in the North African country embroiled in war since the fall and death of Col. Gaddafi in 2011.
The GNC refused to recognize the Libyan unity government also known as the Government of National Accord led by GNC member Faiez Serraj.
Also on Tuesday, the HoR based in Tobruk also failed to gather the quorum enough to vote the GNA. Reports say though the vote required only majority of members of the house, most lawmakers fail to turn up even though anti-GNA Ageela Salah was present at the meeting.