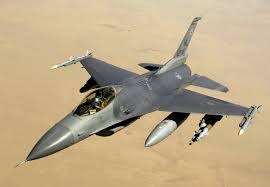 The U.S. administration has decided to enhance further its military and security cooperation with Morocco, one of its major allies in the region of North Africa and the Middle-East.
According to press reports, citing 2016 appropriations Bill passed by the Congress, Washington has earmarked 31.5 Million USD foreign aid to Morocco, including 11.5 Million USD devoted to military and security cooperation, particularly war against terrorism.
In 2015, Morocco received $ 31 Million from the United States which has maintained its support to the North African country due to its key role in the fight against terrorism and stability in the region rocked the Arab Spring uprising.
The United States contributes to the training of Moroccan police, supplies Morocco with modern defence equipment and looks forward to enhancing its logistic capacities, communications and coordination with US army.
According to some press and diplomatic sources, the U.S. will supply Morocco high-tech radar system, military communication equipments, ammunitions and other warfare apparatus.
The North African country, which looks determined to maintain its air superiority in the region, has an important fleet of US-made F16, F5 and C130 planes which enable the country to defend its borders against terror threats or illegal traffic.
Morocco and the United States boast a “Friendship & Commerce Treaty” which remains today the longest unbroken treaty in American history. The two countries share common values, mutual trust, and strong friendship and partnership.
During the 2013 visit King Mohammed VI paid to Washington, the Moroccan Sovereign and President Obama said the two countries partnership contributed to the advancement of international peace and security, including in Mali, the Sahel, Syria, Libya, and the Middle East.
In their joint statement, the two leaders reaffirmed their commitment to continue to deepen civilian and military cooperation in the areas of non-proliferation and counter-terrorism.