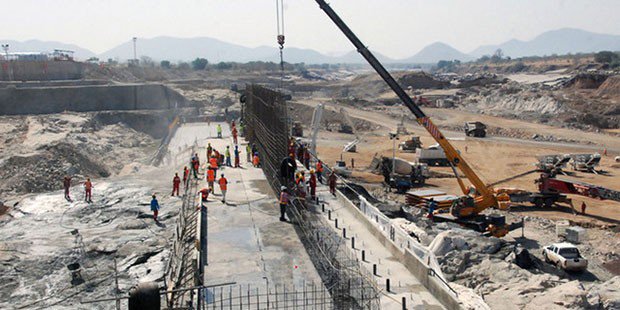 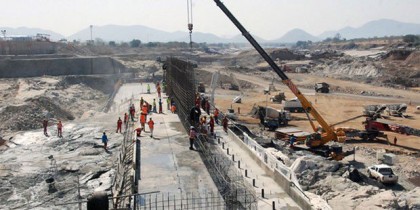 Egypt, Sudan and Ethiopia Tuesday in Khartoum agreed to change one of the two European companies commissioned to study the impacts of the Ethiopian Grand Renaissance Dam on the Nile.
At a meeting attended by the Ministers of Foreign Affairs and water resources, the three countries decided to replace Dutch company Deltares by French firm Artelia.
Deltares and French BRL were initially picked for the study work.
According to Sudanese Water Resources, Irrigation, and Electricity Minister Moataz Mousa and Egyptian counterpart Hossam Moghazi two handpicked companied will commence the study in February and for a period of 8 month.
According to the Egyptian reports at the meeting the Dutch firm has been replaced due “divergences of roles with the French BRL group and the competence of each firm in preparing the report on the impact of the dam.”
It is also reported that the three countries agreed to hold a meeting of technical experts on January 3 or 4 while a ministerial meeting also was also agreed to take place early February to ponder over the conclusion of experts’ January meeting.
Egypt has complained about Ethiopia’s $4 billion pharaonic Grand Renaissance Dam consulted which if completed would be Africa’s largest Dam ever constructed and with its 6,000 megawatt capacity could supply the whole region with power.
Egypt complains that dam will seriously jeopardize its dependence on Nile which is important to Egypt’s agriculture irrigation, domestic water use, industry. Egypt wants assurance that the dam will not cut the flow of the Nile water through its canals.
Egyptian and Ethiopian officials sounded pleased with the agreement reached at the meeting.
“We are satisfied with the results of this meeting and look forward to achieving a strategic partnership,” Egyptian Foreign Minister Sameh Shoukry said.
“We see the agreement over these companies as progress and look forward to actualizing the interests of the three countries. We believe the dam will be useful to the three countries,” Ethiopian Foreign Minister Tedros Adhanom said.
The ministers also agreed to apply the principles agreed by the leaders of the three countries in March to guarantee each country’s rights of water, develop a mechanism to end conflicts and a plan to pay compensation for damages incurred by the construction of the dam.

North Africa Post's news desk is composed of journalists and editors, who are constantly working to provide new and accurate stories to NAP readers.
NEWER POSTInternational: 110 journalists killed around the world in 2015, 12 in Africa
OLDER POSTLibya: GNC comes up with Libyan-Libyan plan to end crisis