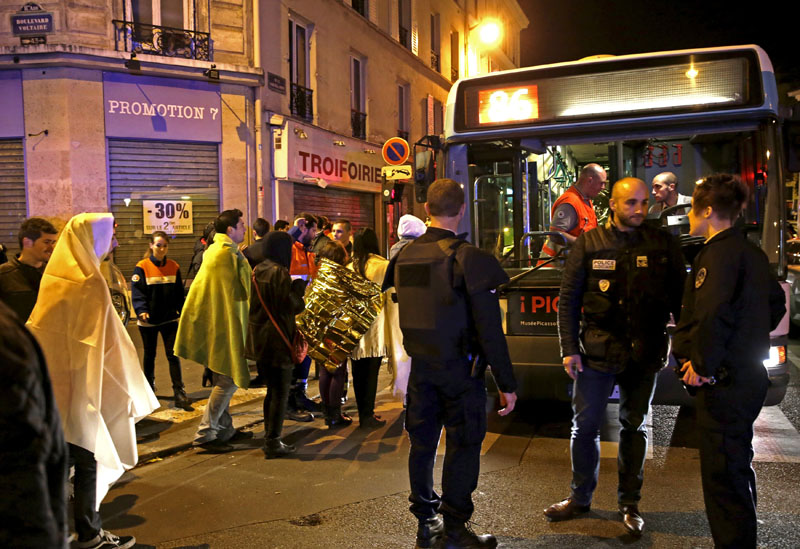 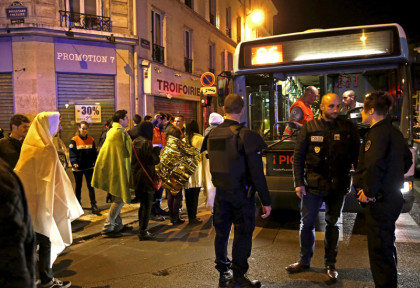 While France is embarking on a long journey to heal its wounds after the Friday terrorist onslaught that traumatized the country, the whole world is continuing expressing solidarity with the European State and condemning the outrageous attempt that left 132 people dead and more than 350 wounded, the highest casualties ever in a terror assault in the country.

The whole world has been shocked by the dramatic assault claimed by the Islamic State group and calls have been growing for a tough response to the Islamist threat. World leaders have also pledged to pool energies and to do whatever it takes to defeat the Islamic State group, or Dahech as it is known in Arabic, and any other terrorist group threatening world security.

The summit of the G20 that gathered the leaders of the world’s wealthiest economies in the Turkish coastal city of Antalya, Saturday and Sunday, provided an opportunity to discuss ways to step up the fight terrorism and to eliminate the IS network.

At the level of individual states, each country, particularly in Europe and its neighborhood, made decisions to enhance their security.

France declared a state of emergency throughout the territory, closed its borders and shut down public places in most busy districts in Paris.

Several States, including Morocco, elevated the security alert to the highest level and mobilized all their anti-terrorism services.

However, the Friday onslaught, described by the media as the “worst terrorist attack in France since World War II,” has raised a number of questions, especially about the possible security flaws and intelligence failings, about the sides that lowered their vigilance level enabling thus the 7 terrorists and their accomplices to prepare their carnage, about… about…

Some of these questions may find, at least partly, an answer at the extraordinary meeting of the Justice and Home Affairs Ministers on November 20 in Brussels. The meeting is convened by the Luxembourg Presidency of the Council of the European Union, in coordination with France, in order to provide a strong and united European response to terrorism.

The meeting will focus on an effective European Passenger Name Record (PNR), the question of firearms security, the fight against terrorism financing and the reinforcement of controls at external borders.

The French Interior Minister underlined the need to enhance the exchange of intelligence, implement coordinated and systematic checks at the external borders, to take rapid and operational decisions and to put them into practice in a short span of time.

Whatever measures the Brussels meeting will take, the damage is done. The shock of the Friday attacks is deep, very deep. Yet, their fallout would be momentous for France, for Europe, for the rest of the world and more particularly for Muslim communities in these countries, as it is so easy to make confusion between a Muslim and a fanatic.

Immediately after the attacks and as did the leaders of the Islamic world, Islamic organizations like the Organization of Islamic Cooperation and the Muslim World League, both based in Saudi Arabia, condemned the Paris attacks, expressed unwavering solidary and support to France and firmly rejected any acts that violate the right to life.

Likewise, Imams, Muslim theologians and other Muslim authorities settled in Europe and abroad condemned the terrorist attacks in the strongest terms and urged all citizens and all communities to commit to the lofty values of tolerance and coexistence to face up such barbarous acts that threaten the whole world.

Some officials claimed that the war against terrorism does not mean a war on Islam. But are these statements enough to calm down the anger of the ones and the anxiety of the others? Not so sure.

Muslims in France and elsewhere in Europe are aware that they will be associated with extremism and terrorism, especially so that concern over homegrown extremism is growing and that hundreds of Europeans joined as Jihadists the wars in Syria and Iraq.
Leftist parties are also aware that the attacks will have an impact on the political landscape as populist and far-right groups might exploit the sad event to fan hatred in an attempt to attract destabilized voters.

The impact of the Friday attacks will be badly felt by another community, that of refugees. Some European countries, mainly in the Balkans, have already taken measures to stop the flow of refugees that are seeking to reach Europe as their concerns are growing after investigators found that a Syrian passport discovered near a suicide bomber at Bataclan theatre had been used last month to enter Greece.

Some European officials are however rejecting the idea that extremists are entering Europe as refugees. President of the European Commission Jean-Claude Juncker warned against associating refugees with terrorists and criminals.

“I try to make it crystal clear that we should not mix the different categories of people coming to Europe. The one who is responsible for the attacks in Paris cannot be put on an equal footing with real refugees, with asylum seekers and with displaced people.”

“These are criminals and not refugees or asylum seekers,” he insisted. Juncker’s message is clear, but will it be heeded by all layers of European societies?