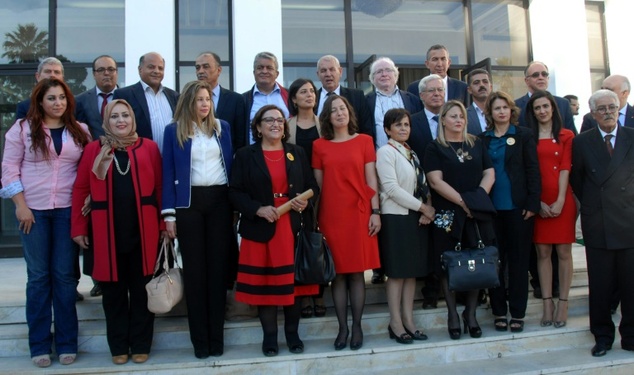 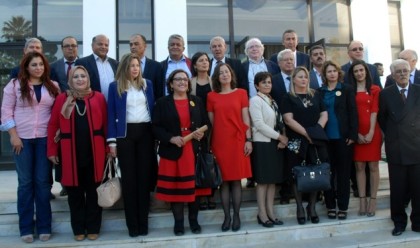 After deciding last Wednesday to suspend their membership in Nidaa Tounes, the 31 members of parliament (MP) on Monday resigned from the party and vowed to form an independent group “to protest the non-democratic way in which the party has been managed” said Hassouna Nasfi, one of the protesting deputies.

The resignation will reduce the party’s majority in the parliament from 86 to 54, which will propel Ennahda as the majority party with 67seats.

The resignation will only become effective after 5 days in accordance with parliament regulations thereby giving the party and the resigning deputies an opening to reconsider their actions during the five-day period.

The deputies resigned after the party failed to hold an executive committee meeting to discuss the crisis that has divided it into two camps purportedly headed by President Beji Caid Essebsi’s son Hafhed Caid Essebsi and Mohsen Marzouk, vice president and secretary general of the party.

Slah Bergaoui told reporters at a press conference that they are resigning to condemn “violence” and attempts to undermine “the party’s structures” as they accuse Hafhed of meddling in the party’s affairs and being groomed to take over the party’s leadership.

Another MP, Mohammed Troudi, told Middle East Eye that the leadership’s plan to share power with Ennahda also contributed to their decision as he blamed “lack of communication” and centralization of power for limiting their participation in the decision making process.

Hafhed’s camp wants to restructure the party and doesn’t consider the executive committee as the legitimate body to manage party affairs.

A loss of MPs could complicate the approval of sensitive and controversial reforms demanded by international lenders to revive the economy while Ennahda’s leader spokesperson, Yusra Ghannouchi, urged for the ruling party’s stability.