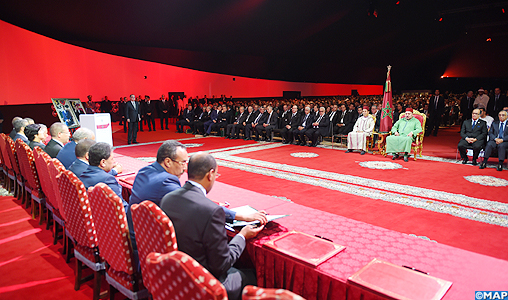 Morocco to Build Landmark Projects in Its Southern Provinces 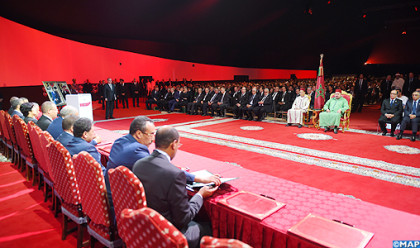 Morocco has unveiled several landmark socioeconomic development projects to be carried out in the southern provinces (Western Sahara) of the North African country, US major ally in the region.

These projects, announced in Laâyoune on the occasion of the historic visit King Mohammed VI is paying to the region, will benefit Sakia El Hamra Laâyoune, Dakhla Oued Ed-Dahab and Guemim Oued Noun.

The projects, unveiled on the occasion of the 40th anniversary of the Green March, are expected to create thousands jobs and improve the living conditions of the local communities.

They include the construction of a port in the coastal city of Dakhla, a railway connecting Marrakech to Lagouira, a university hospital in Laâyoune as well as a bus station, a phosphate training college, a theater, sports complex, and new headquarters of the southern provinces agency.

The projects, which mark phase II of development plans for the Saharan provinces, include new road networks, airports and new social, medical, and educational facilities that will change the face of this region and lift it up to a new and modern era.

The new development model projects to cost around $77 million will help increase the overall local product, create some 120,000 jobs and consecrate the role of the southern provinces as a regional gateway and as an African economic hub.

According to some analysts, these projects, set out within the frame of Morocco’s advanced regionalization plan, will enhance the Morocco-proposed autonomy initiative announced for the southern provinces and facilitate its implantation on the ground as these projects will start yielding their positive results, empowering the local inhabitants and turning their region into a hub for investment, industries, competitive businesses…

During his speech on the occasion of the 40th anniversary of the Green March, which enabled Morocco to peacefully liberate its Sahara provinces from Spanish colonialism, King Mohammed VI said “the implementation of the Development Model for the Southern Provinces shows how committed we are to fulfilling our obligations towards our fellow citizens in these provinces, which will thus become a model of integrated development.”

This Development Model aims to “seal these provinces’ integration into the unified homeland and to enhance the influence of the Sahara region as an economic hub and a crucial link between Morocco and its African roots”, he said.

After mentioning all the major infrastructure projects planned to be carried out in the Sahara to make of these southern provinces “a hub for communication and exchange with sub-Saharan African countries”, the King made it clear that “revenue from natural resources will continue to be invested in the region, for the benefit of the local populations and in consultation and coordination with them.”

The sovereign also announced the creation of an economic development fund meant “to expand the economic fabric, support businesses and the social economy, generate steady income and create jobs, particularly for young people.”

And in a bid to completely change the way of dealing with the Sahara region issues, the King listed a number of measures such as “a break with the rentier economy and privileges, a break with poor private sector involvement and a break with the mentality of centralized administration.”