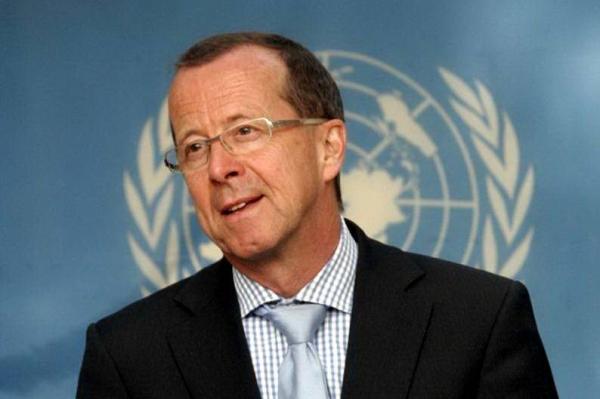 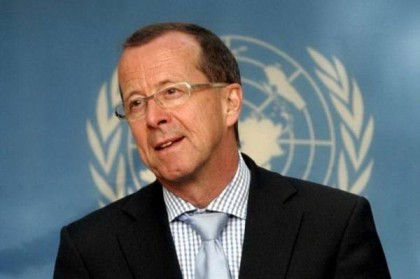 U.N Secretary General Ban Ki-moon confirmed on Wednesday that veteran German diplomat, Marti Kobler, who has more than 30 years of experience in senior positions in the German government and the UN, will replace Bernadino Leon as his Special Representative and Head of the UN Support Mission in Libya (UNSMIL).

Kobler is to replace Leon as of Friday after Leon’s final briefing to the Security Council on Thursday.

The task would be tough for the newly appointed diplomat as forces controlling most of Libya’s oil fields warned that exportation will be halted if foreign companies don’t stop wiring payments to the Central Bank in Tripoli and divert it towards the Tobruk-based government which recently established its own Central Bank and National Oil Company.

Ban Ki-moon stated that “the transition will take place in the coming days” and expressed his gratefulness for Bernardino Leon’s “dedicated service and effective leadership” of the UNSMIL.

UK-based Guardian newspaper questioned Leon’s “impartiality as the UN’s chief peacemaker” during his mandate claiming that he was engaged in a job negotiation offer with the United Arab Emirates since June for the position of director general at its “diplomatic academy,” a state-backed think-tank founded last year to promote the UAE’s foreign policy and strategic relations and to train its diplomats.

Leon denied any wrongdoing as the Guardian quoted him saying “the only defense I have against these attacks is my work” as he referred them to the draft agreement he brokered and that was “considered by the Libyans from both camps as a fair proposal,” he said.

The UAE backs the Tobruk-based government and last year, U.S officials said UAE and Egypt staged air strikes against Libyan Islamists but both countries denied carrying out such attacks.