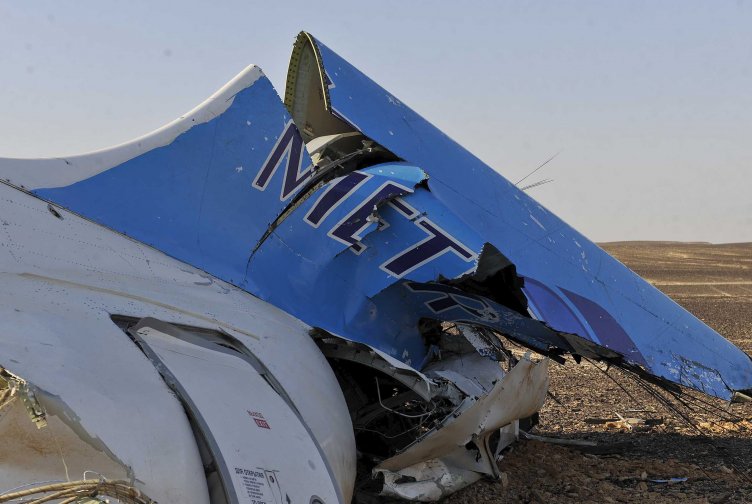 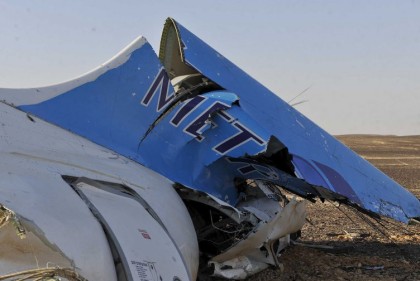 A Russian inter-government aviation official Sunday rejected the IS group’s claims it brought down the Russian passenger plane which crashed Saturday in Sinai leaving all its 224 passengers dead.

Viktor Sorochenko, director of the Intergovernmental Aviation Committee, pointed out that the plane disintegrated in air before coming down.

He told a Russian TV station it was too early to draw conclusions referring to claims that the IS affiliated group in the Sinai Peninsula downed the plane.

“The destruction happened in the air, and fragments were scattered over a large area of around 20 square kilometres,” he said.

“This information cannot be considered accurate,” he said.

IS affiliate group in the Sinai Saturday circulated a message on social media claiming it bombed the plane flying over the Sinai shortly after taking off from Sharm el-Sheikh.

Egypt and Russia are still trying to recover and identify the bodies of the 224 passengers. An Egyptian officer helping with rescue teams told reporters that 163 people had been recovered and were due to be flown back to their countries of origin. Most passengers were Russians plus 2 Ukrainians and one from Belarus.

The two black boxes of the plane have been recovered and analyses are on-going to determine the causes of the accident.

Sergei Izvolsky, an official of the Russia aviation indicated on Sunday that the Airbus 321 belonging to the Russian company Kogalymavia lost contact with the Egyptian aviation and the air traffic controllers in Cyprus.

Kogalymavia operating under the name Metrojet has good safety records with almost 21,000 flights. Reports say the company has transported around 780,000 passengers during the first nine months of the current year.

Meanwhile, as a precaution measure, several major airlines including Emirates airlines and Lufthansa have halted the flights over Sinai until more details on the accident are elucidated.

North Africa Post's news desk is composed of journalists and editors, who are constantly working to provide new and accurate stories to NAP readers.
NEWER POSTTurkey: AKP to cruise to power with single-party government
OLDER POSTMorocco’s Port of Nador Gets BERD Financial Support