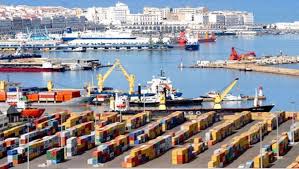 Algeria trade deficit widened to $10.33 billion during the first nine months of 2015, against a $4.09 billion surplus a year earlier, after a sharp fall in energy earnings caused by global drop in crude oil prices.

The new figures confirm the deteriorating economic situation in the North African country, member of the OPEC cartel. According to some analysts, the political crisis in Algeria and growing social woes raise regional and international concern over the future and stability of the country which has frozen several projects due to lack of necessary funds.

The country’s trade deficit pushed down the coverage of imports by exports to 74 percent, from 109 percent in the January-September period of 2014, according to customs figures.

Oil and gas exports, which accounted for 94.6 percent of total sales abroad, were $27.29 billion for the first nine months of the year, down 41.4 percent year on year.

Algeria has been trying to reduce its import bill in the face of the oil price slump, which it expects to cut energy earnings by 50 percent this year.

The country’s dinar currency has also plummeted against the U.S. dollar and the Euro, hitting the bottom due to the fall by 50 pc in the oil revenues.

Algerian people have already started feeling the impact of the depreciation of the dinar, while foreign products are increasingly becoming out of reach and rare commodities.

The Algerian central bank has depreciated the dinar in a bid to boost exports, but financial experts have warned that a weak dinar risks triggering inflation and exacerbating social tension which is already building up in a country on the brink of implosion.