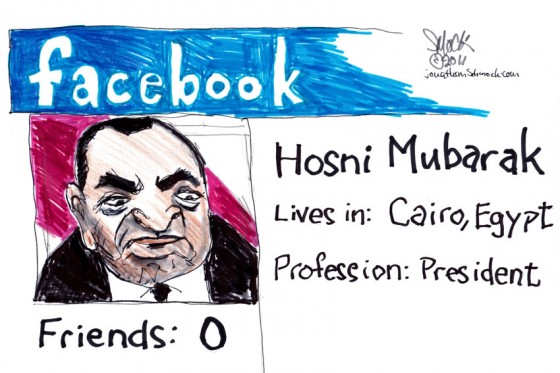 Facebook: North Africa Hosts about 2.2% of one billion global users 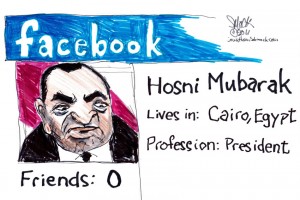 After its crucial role in the uprisings in the Arab world, internet and facebook occupy a growing ground in MENA region.

Tunisia’s Jasmine revolution, which forced President Ben Ali to step down, proved that internet and facebook were the fastest way to communicate and spread news (videos, photos, tweetts articles and even political comments.)
A recent study by the University of Washington said that social Media, like facebook and twitter played a central role in shaping political debates in the Arab spring. During the Egyptian uprising, the protest movement used the internet to fight back the government. It has been reported in this regard that opposition top 23 videos were downloaded by nearly 5.5 million viewers.
Moroccan activists used facebook in 2011 to call for more political and constitutional reforms. The February 20 movement used the web site to communicate, organize and coordinate protests.
According to estimates, Egypt tops North African countries in terms of internet users with 21.7 million users. It is followed by Morocco (17 M), Algeria (5.1 M), Tunisia (4.1 M), Libya (391.888) and Mauritania (100.333).

California-headquartered Facebook said the social media company topped one billion monthly active users on September 14, including 600 million facebook mobile users. The present statistics make facebook.com the fastest growing site in history.
According to alex.com, a website that offers sites metrics and analytics, facebook comes second in global ranking and is competing to lead most visited websites. Since 2005, about 1.13 trillion “likes” have been clicked and 265 billion photos have been uploaded on facebook.