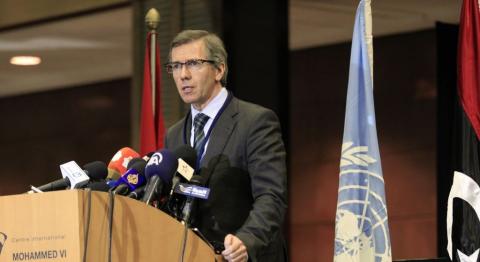 Libya: Peace efforts will not be hijacked by a minority, Leon 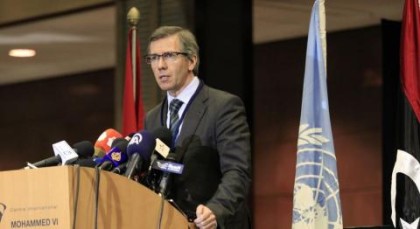 U.N Special Representative for Libya Bernardino Leon stressed that the peace efforts to end the war in the country will continue and that “there is no chance for small groups or personalities to hijack this process.”

Leon was speaking at a press conference in Tunis after the Tobruk-based House of Representatives (HoR) rejected, without voting, the proposed political agreement for a transitional unity government. He said that this rejection was followed by “a statement signed by what seems to be a majority of the members of the HoR insisting that there was no proper vote and that no proper decision was taken.”

He said the peace process is owned only by Libyans regardless of their political and geographic backgrounds and this is “the most important asset” of the dialogue, he was quoted as saying in a UN press release.

The dialogue will continue and meetings are expected to be held by next week.

Some critics of the dialogue said Benghazi is not involved accordingly but Leon argued that the answer should be left to the Libyans because the “basis of our dialogue has been consensus and it will continue to be consensus.” He said he expressed his “awareness and solidarity” with Benghazi in his latest U.N Security Council report as fighting continues to ravage the city.