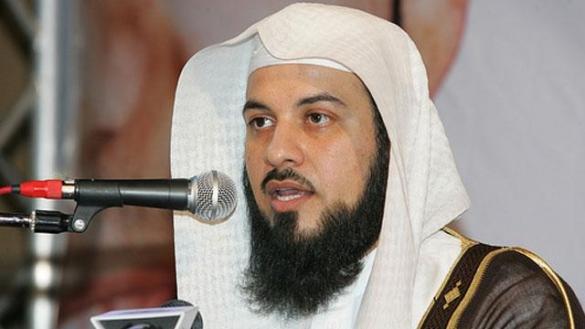 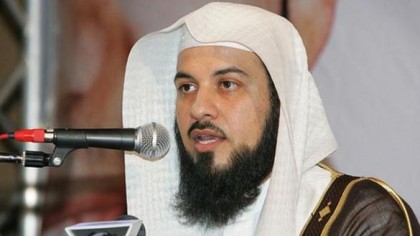 The invitation extended by a Moroccan association to a controversial Islamic scholar from Saudi Arabia to visit Morocco has caused concerns amongst different organizations, thinkers, analysts and large layers of society over his anti-Shia, anti-Sufi and extremist stances.

The infamous cleric, Mohammad al-Arifi, was also unwelcome because of his repeated calls for jihad, holy war, especially against the Shia (understand Iran, Hezbollah) because of their backing to Syrian President Bashar al Assad, and for stirring up sectarian divisions wherever he goes.

Given the uproar stirred, the visit was finally cancelled.

Yet, one of the most vocal critics of the extremist preacher was without contest Salah El Ouadie, a Moroccan advocate of human rights and chairman of Damir Association, the word in Arabic meaning Conscience.

Salah El Ouadie was outraged both by the invitation in itself and by the inviting side, namely “le Mouvement unicité et réforme” (MUR,) an Islamist association, close to the ruling Moroccan Party for Justice and Development (PJD.)

In a column published by many media outlets in Arabic and French, Salah El Ouadie pointed out that the invitation raised two major concerns. The first is to recognize the right of each and every Moroccan to invite whoever he wants for a cultural, scientific or religious event. The second concern pertains to vigilance as to the danger that some of the invited guests can pose to Morocco.

As far as he is concerned, the column author says that rather than claim banning the cleric from visiting Morocco, he prefers to ask those who invited Arifi, as Moroccans involved in the present and the future of their country, “to fully shoulder responsibility for their act, before the law and the national collective consciousness, in the interest of Moroccan generations to come.”

He asked the inviting side to wonder whether Arifi’s visit would have served Morocco or been useful to Morocco and Moroccans in any way. He added that no one would have paid attention to the issue, if the man invited was a theologian preaching a moderate and tolerant Islam and not an extremist known for his stances, initiatives and calls that represent a clear threat to our country, and more particularly to Moroccan youths, on all fronts and at all levels.

“Also, is it wise that we receive on our land an individual who does not hesitate to set Muslims against each other, by his imprecations and incitements supporting Daech followers in Syria?” Salah El Ouadie wrote, quoting one of Arifi’s statements vowing moral and material backing to the Islamic State group’s fighters.

The controversial Saudi Imam is banned from visiting several countries, including Qatar and Switzerland, for holding extreme views. In March 2014, the British Home Office excluded him from the United Kingdom and banned him from returning to the European country after a series of sermons in Cardiff, Birmingham and London.

In his native country, he has been expelled from the University where he was teaching and in October 2014, he was jailed for 40 days for stating that the train linking Mecca and other holy sites was “one of the worst in the world.” He has also been arraigned in 2013 for interfering in Egypt’s internal affairs.

Referring to some of the curious fatwas (Islamic rulings) issued by the so-called theologian, the author of the column wondered: “is it reasonable in today’s world to hear people issuing fatwas calling for the destruction of churches and burning of crosses, urging people to crucify others and awakening the worst and vilest sectarian instincts, through inciting the Sunni Muslims to rise up against Shiism?”

Some of these fatwas “authorize” lynching and immolation of human beings, recommend the use of urine as a therapy, degrade man to a mere being animated by animal instincts and support that woman is half a human being or a mere fair game for Jihadists.

The column’s author, who describes Arifi’s preaching as flawed, inconsistent and hatred-inspiring, argues further that Arifi’s sermons are contrary to the essence of the Moroccan Constitution which advocates a tolerant and moderate Islam.

Yet, for Salah El Ouadie, the worst and most dangerous aspect of the whole issue is the relationship existing between those who invited Arifi to visit Morocco and the political party that is now heading the coalition government, namely the PJD.

He wondered whether this aborted invitation does not signal the passage to another cycle of tension, on the basis of exclusion and hatred and whether the struggles and sacrifices made by democrats for decades, and the gains hardly acquired will eventually be exploited to such a use of freedom, a use that would jeopardize civil peace and social tranquility.

For, he explains, Arifi “is a preacher of hate and rancor, a preacher of violence… He lectures, harangues and preaches in the name of Islam, this sacred value shared by the overwhelming majority of Moroccans and Muslims around the world.”

Salah El Ouadie who is also a poet sounded the alarm and called for vigilance, pointing out that “terrorism, before it takes the form of a belt of explosives or other means of destruction, first goes through brainwashing, hardening of hearts and submission of thought.

He concluded his column quoting a thought of Imam Ash-Shafii, a Muslim theologian, jurist and founder of the school of thought bearing his name, deeming the thought sums up the situation: “Better to live on dance than on religion.”