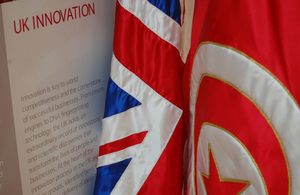 London hosts this oct.20 a forum dedicated to British and Tunisian trade and investment. The event is opportunity for the Tunisian government officials to spell out their economic development plans and agenda.

The North African country has so far attracted significant international interest and support due to its diminishing deficit and steady economic growth.

The forum, which will outline the business opportunities offered to foreign investors, seeks to turn growing international interest in Tunisia into tangible investments.

The event will focus on the investment and partnership projects in energy & extractives, modern infrastructures and other key sectors. The UK-Tunisia Trade & Investment Forum is the Tunisian government’s most significant investment outreach in recent years.

The gathering will be attended by several Tunisian and UK officials including minister of Investment and International Cooperation Yassine Brahim and minister for the Middle East and North Africa Tobias Ellwood.

According to some analysts, this forum comes as Tunisia needs foreign investment to fund its economic development projects, create jobs and stabilize the country challenged by radical Islamists.

The Arab Spring started in Tunisia with protests that brought down the government of long-time dictator Zine Abedine Ben Ali in January 2011 but the country fell into crisis in the following years and was on the brink of civil war.

Yet, the North African country has managed to weather its challenging and difficult democratic transition despite recurrent terrorist attacks.