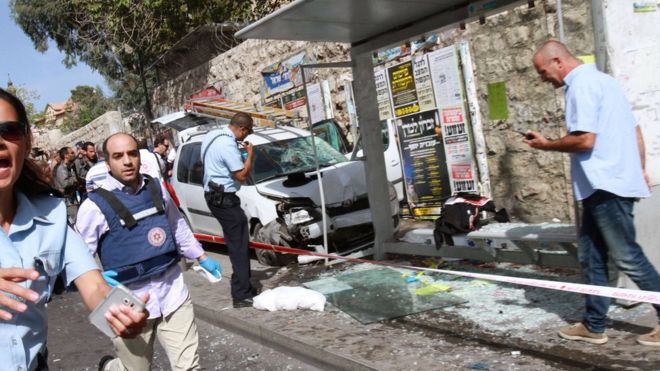 Palestine: Israel to seal off Jerusalem to curb attacks 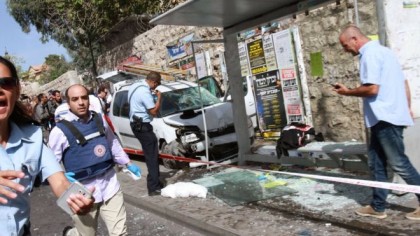 Clashes between Palestinians and Israeli forces in Jerusalem continue to increase as casualties on both sides are on the rise. Some members of Hamas are already calling it an Intifada and the Israeli security cabinet has issued a statement on Wednesday announcing the measures adopted to curb the attacks, including the sealing off of parts of Jerusalem.

Palestinians have been stabbing Israelis in the streets and some of the assailants have been killed by security forces as the clashes enter their third week.

Sam Abu Zuri, a member of Hamas, said the group praises “the heroic acts” of Palestinians, adding that the escalation is an “evidence that this Intifada cannot be stopped; it is the Intifada of Jerusalem.”

Clashes have been around Jerusalem and the West Bank and an Israeli security cabinet statement has ordered the police forces “to seal off or impose a curfew on parts of Jerusalem in case of friction or incitement to violence.”

Soldiers will also be using public transportation to fend off attacks. Strict security measures would be implemented on those who are caught for murder, attempted murder or complicity and the statement from the prime minister’s office warned that Palestinians who attack Israelis could be stripped off their right to live in Jerusalem.

Prime Minister Netanyahu vowed to adopt “aggressive measures” and held President Mahmoud Abbas responsible for the new wave of violence urging him to “stop lying and stop inciting” while Abbas laments that settlers’ acts of aggression and Israel’s continuous occupation are the source of violence.

U.S secretary of State John Kerry said he will soon be heading to the region in an attempt to move the conflicting parties away from this precipice that has already killed at least seven Israelis and eleven Palestinians.