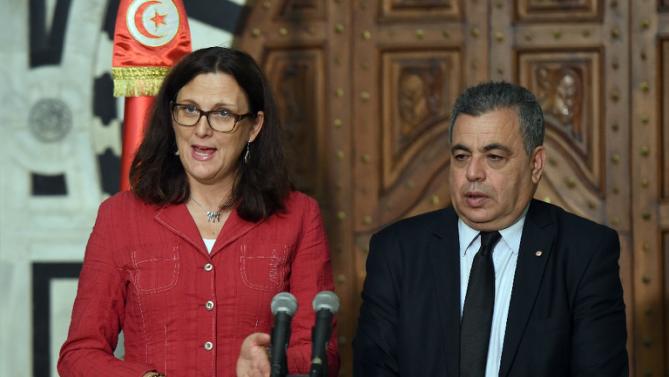 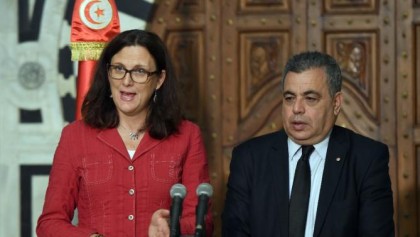 Tunisia and the European Union launched Tuesday talks for a free trade agreement to boost the North African country’s economy and back up its democratic transition.

According to the European Commission, the Deep and Comprehensive Free Trade Agreement (DCFTA) would help support economic reforms in Tunisia, the birthplace of the Arab spring that ousted Ben Ali’s autocratic regime.

“The aim of the agreement is to improve market access opportunities and the investment climate and support ongoing economic reforms in Tunisia,” says the European Commission.

EU Trade Commissioner Cecilia Malmstrom says the DCFTA will be beneficial for Tunisia and create huge opportunities for both sides.

“We are conscious that there are some concerns… and that is why we must work with the government and have a constant dialogue with businesses and civil society,” said Mrs Cecilia Tuesday during the launch of the 1st round of negotiation.

The future agreement will build on the existing free trade area under the Euro-Mediterranean Association Agreement, which was signed 20 years ago but mainly focused on trade in goods.

The EU is Tunisia’s largest trading partner, accounting for 57 percent of total commerce.

The agreement would open the European market wider to Tunisian goods, but Tunisian economists fear it could have a backlash on their country’s struggling economy, arguing that it could force an opening of Tunisian markets and risk unfair European competitiveness.

According to EU figures, total trade between Tunisia and the European Union in 2014 reached around 20 billion Euros. Trade was dominated by machinery and transport equipment but also included textiles, clothing, fuels and mining products.

North Africa Post's news desk is composed of journalists and editors, who are constantly working to provide new and accurate stories to NAP readers.
NEWER POSTPalestine: Israel to seal off Jerusalem to curb attacks
OLDER POSTEgypt: Former ruler’s sons to be released