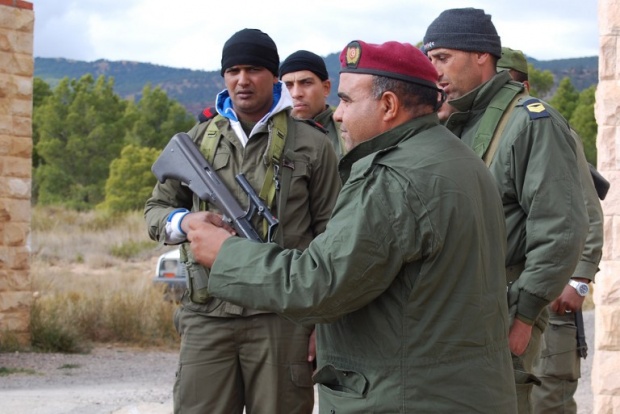 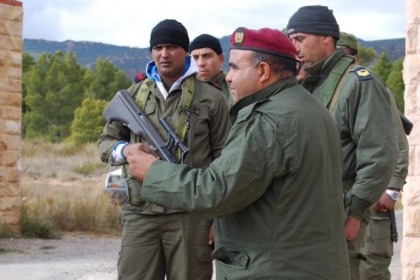 The Tunisian Ministry of Defense announced Monday two of its soldiers have been killed and four wounded in a clash with Jihadists near the Algerian border as they were on an operation to free a man kidnapped by the militants.

During a search operation, jihadists hiding out on Mount Sammama opened fire on the soldiers, killing two and wounding four, said the ministry spokesman Belhassan Ouselati.

The forces were seeking to liberate a civilian man, who had been kidnapped by the terrorists and held in Sammama mountains, Ouselati added.

Tunisian security personnel have lost several men in Sammama mountains, a region reputed to be a safe haven for the militants.

Clashes between security forces have increased this year, especially after the two deadly attacks that rocked Tunisia in March and June, killing respectively 21 and 38 people, mostly foreign tourists. In both attacks, the assailants were said to have been trained in Libya.

In another development, a Tunisian vendor who had set himself ablaze in the country’s second city of Sfax on Friday to protest the seizure of his merchandise died in hospital from his third degree burns, a health official said on Monday.

The young vendor had been arrested for selling smuggled cigarettes and his 3,000 packs were seized. The young vendor set himself ablaze, following the example of Mohamed Bouazizi, who had sparked the Tunisian revolution in 2011 after he set himself alight in 2010 to protest police harassment and unemployment in the central town of Sidi Bouzid.

The new Tunisian government is struggling to revive an ailing economy dependent on the tourism industry which was severely hit by the two terrorist attacks.

The country only reached 1 per cent GDP growth last year and forecast for this year indicates a poorer performance.