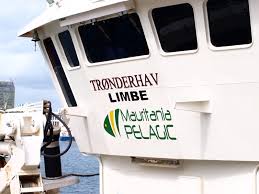 Mauritania Pelagic Sells 23 % of its Shares for € 20 million

Mauritania Pelagic, the largest holding company specializing in production and processing of fish, has sold 23 pc of its shares to international Investments Fund “Hermes-Sojitz” for €20 million.

The money derived from the deal will be used for the construction of a modern fishing trawler equipped with 500 tons refrigerated sea water (RSW) tanks.

Installing a RSW system on the trawler will allow Mauritanians deliver high quality chilled fresh primary products to onshore fish processing plant. This will significantly increase their export potential of the products which are in high demand on the global market.

The Hermes-Sojitz investment will also be used for the purchase of high-tech equipment for the fish processing plant. There are plans to introduce the surimi production technology to the manufacturing.

Surimi is a Japanese technology consisting essentially of deboning fish flesh. The product is abundantly washed with water before being processed immediately or frozen.

Mauritania Pelagic has its own fishing fleet and accounts for 30 pc of all fish production and processing in the country. It is also a leader in terms of production of fish-flour in Mauritania and plays an important role in jobs creation in the North African country.

The holding consists of three export-oriented companies. These are SEPH (Société d’Elaboration des Produits Halieutiques) which produces and processes mainly pelagic fish, producing more than 85,000 metric tons of fish annually. The company has all necessary infrastructure and production facilities which allow to simultaneously process up to 500t of fresh chilled fish.

OMAURCI, based in Nouadhibou, produces fishmeal, while CPAA specializes in producing and processing fish and seafood, with a capacity of more than 5,000t, again according to Hermes-Sojitz.

According to experts, fish processing is one of the most highly profitable business in Africa where fishing plays an import role in ensuring food security. Furthermore, fishery is one of the major sectors bringing revenues to the countries of the West African coast.