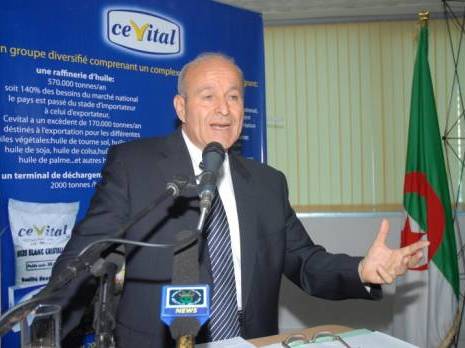 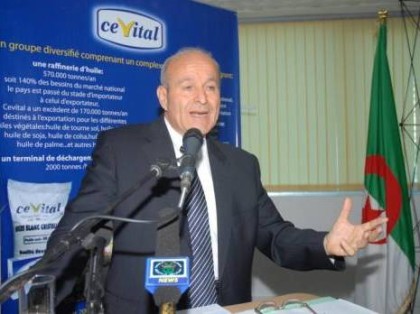 Algerian business tycoon Issad Rebrab said in an interview from Brazil that Algerian authorities want to arrest him on cooked bases.

“Those people need not an arrest warrant to arrest me. I have received some information from reliable sources that they will arrest me as soon as I return to Algeria in order to silence me,” Rebrab said in the interview.

Rebrab who owns the largest Algerian conglomerate, Cevital, is accused by the Algerian authorities of over-billing and bringing in poor quality equipment for the launch of some industrial factories.

He was discredited by the Algerian Minister of Industry Abdessalem Bouchouareb who called him “dealer”. Other rumours also had it that the Algerian businessman is linked to the recently fired army General Toufik.

The Algerian business boss rejected the government claims and panned them for being the source of the current Algerian economic crisis and failing to support national investors.

“It is as if our leaders neither have the political will, vision, nor ambition for our country,” he pointed out.

“How can you develop national economy, create jobs, diversify the economy, when you retain land meant for industrial exploitation in the largest African country? How can you ask an investor who is orienting a part of his production to exports to go invest in the southern part of the country? Do they understand what competiveness means?”

Rebrab urged the Algerian authorities to produce guarantees that they will not arrest him even though the government claimed that no arrest warrant was issued against him.

Reports also indicated that the 3600 workers of Cevital at Bejaia are planning a demonstration to support their boss.

North Africa Post's news desk is composed of journalists and editors, who are constantly working to provide new and accurate stories to NAP readers.
NEWER POSTTunisia: Returning Jihadists will not go off scot-free, Interior Ministry
OLDER POSTLibya: Unity government formation will go ahead without GNC, huge majority of Libyans support us, Leon