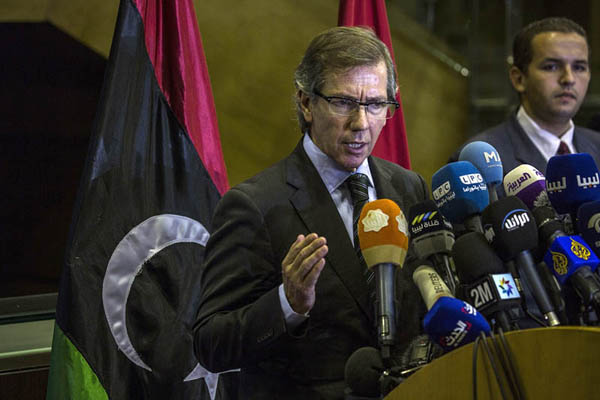 Libya: Unity government formation will go ahead without GNC, huge majority of Libyans support us, Leon 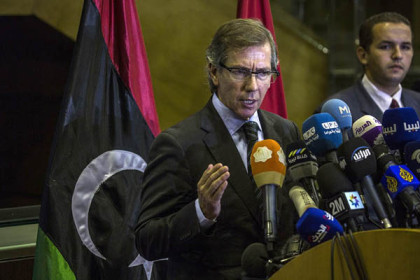 UNSMIL Chief Bernardino Leon warned GNC late Wednesday that other protagonists in the Dialogue process will forge ahead and form the Government of National Accord (GNA) without them after the Tripoli-based council missed its chance to field nominees for the posts of Premiership, and deputy Prime Ministership.

Leon sounded very disappointed as his earlier predictions did not come true. He had actually assured reporters Tuesday night that the unity government would be announced on Wednesday after the GNC sends its list of names as promised. He pointed out however that the Dialogue process has the support of a huge majority of Libyans, even within Tripoli, and of the international community. This is enough to enable the process to go on, he said.

According to Leon, the remaining protagonists will continue consultations to come up with a unity government, probably this Thursday, without the GNC.

Leon re-iterated that no obstacle will prevent the formation of the unity government at this moment of the process adding that the final agreement will never be altered by whatsoever demands referring to reports saying that the GNC has again called for “substantial” amendments to the draft accord.

“… this government, this agreement, which is not going to change, this agreement that is final, as it was said very clearly by the international community last Friday, will be supported by the huge majority of the Libyans,” Leon added.

Meanwhile it was reported that GNC’s Wednesday meeting to name the candidates for the GNA ended unsuccessfully with participants failing to reach a consensus on the proposed names.

The session which took place behind closed doors was adjourned and reports added that it may resume today.