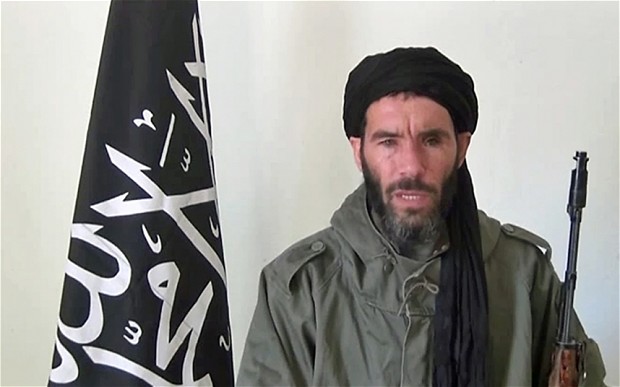 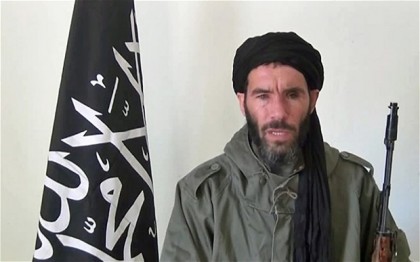 Mokhtar Belmokhtar, Sheikh of Sahara, reported dead in June by Libyan authorities, is still alive according to a top Al-Qaeda fighter.

Abderraouf Hossam, a top Al-Qaeda fighter, indicated in an audio recording dating back to July that the Algerian leader of al Mourabitoune, an Al-Qaeda-affiliate armed group in West Africa, was still alive and claims of his death were mere propaganda.

Hossam dismissed the media propaganda done by terrorism specialists who, according to him, use the death of Abou Bassir alias Nasser al Wahichi, the Al-Qaeda’s second in command in the Gulf, and that of Khaled Abou Al-Abbas to weaken the Al-Qaeda.

In August, the Islamic State group posted photographs of Mokhtar Belmokhtar wanted by the barbarous Islamist movement which describes him as an apostate. The IS accuses Mokhtar Belmokhtar for indulging in drogue and cigarette trafficking.

This open war between the IS group and Al-Qaeda may be indication that the leader of al Mourabitoune was not killed in the American raid in Libya in June.

The One-eyed Sheikh was also reported seen in Eastern Libya, in Derna. Abou Safa Djabri, a fighter of the Libyan Majliss Echourra el Moudjahidine Islamist organization revealed that the Al-Qaeda boss was reportedly hurt in a bomb explosion near his car in Eastern Libya.

Wanted by the American military forces, Mokhtar Belmokhtar master-minded the abduction and killing of foreign workers at In Amenas gas plant in Southern Algeria, in January 2013.