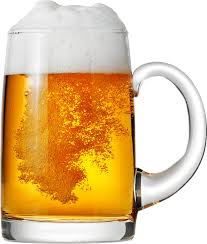 Casablanca local authorities Monday cancelled what could have been Morocco’s first beer festival following calls for ban by religious movements.

The one month event which was scheduled from October 8 to November 8 has been cancelled amid calls to preserve the identity of the country. Casablanca local authorities issued a press release on Monday indicating they had asked the event sponsor, “Brasseries du Maroc,” to cancel the festival.

The authorities also asked the beverage company to remove promotion material from the city’s bill boards and stop the promotional advertisement. Authorities added that the company failed to comply with regulations and legal procedures.

The organizers argued that the festival was going to take place in bars and not in open-air spaces.

It was nonetheless criticized by some religious movements, particularly the Attawhid wa lIslah movement (Uniqueness and Reform,) a branch of the ruling Islamist Justice and Development Party.

The movement issued a statement on Sunday pointing out that the festival promotes “the mother of all ills” and constitutes a clear opposition to the values and identity of Morocco.

Some theologians have also denounced the festival as a “scandal.”

Foreigners are allowed to consume alcohol but Moroccan Muslim citizens are forbidden to consume and any Moroccan found guilty is liable to sanctions and can be handed a jail sentence.