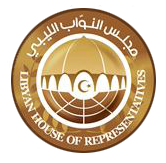 Lawmakers in the Libyan internationally recognized House of Representatives (HoR) Monday extended the lifespan of their house beyond October 21, due date of the end of the HoR mandate and deadline set by the UN to form a Libyan Government of National Accord.

This move by the HoR is seen as a blow to the spirit of the UN-brokered Peace Dialogue seeking to end the turmoil in devastated Libya.

Even though the July-initialed Draft agreement and the amended version adopted upon GNC’s request allowed the HoR to amend its constitution and extend its mandate up to two years, UN Special Representative Bernardino Leon and many members of the international community argued that a unilateral amendment by the HoR not in line with the Dialogue agreement framework will endanger the process.

The new amendment signifies that the HoR wants to remain forever even beyond any future agreement. The HoR media office hinted that there is no time limit to the HoR’s new term even though the HoR’s official spokesman Faraj Buhashim said that it would extend the HoR’s life by up to six months. Buhashim said lawmakers voted for the extension to avoid a power and institutional vacuum.

The lawmakers who attended the session have refrained from revealing their names on security grounds. However, the HoR Speaker indicated he voted for the extension. Another member of the HoR, Essa Al-Araibi, told the Libya Herald that 131 members attended the session and “all of them have voted in favor of the decision.”

Political analysts say the number is still insufficient to make up the two third majority required to legitimately make any decision.

Meanwhile Dialogue protagonists have resumed talks in Morocco, in Skhirat, to adopt the final text and reach an agreement on the formation of the Government of National Accord.

UNSMIL Chief Leon said he expects the rival parties to reach an agreement before October 20.