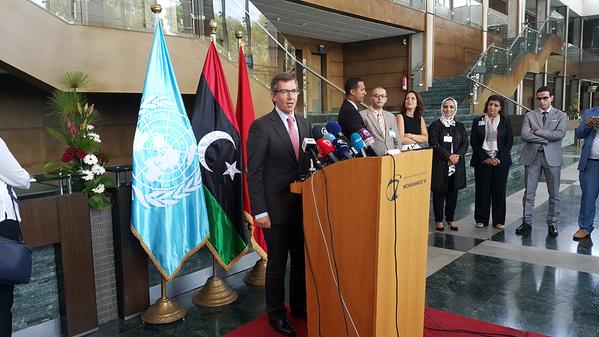 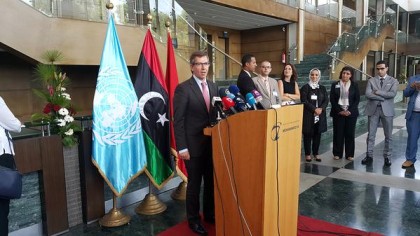 A meeting at the U.N that was expected to mark a peace agreement between the two Libyan rival governments turned out to be another occasion for the global body to set October 20 as a new deadline after three failures.

During the meeting, U.N secretary general Ban Ki-moon urged both parties to accept the draft agreement that is likely to help Libya move beyond the chaos, stating that “no agreement is perfect.”

After the announcement of the new deadline, President Agila Saleh Gwaider of the Tobruk-based parliament stressed that no agreement would be reached without the liberation of Tripoli from the Islamist backed government while Prime Minister Khalifa al-Ghwell of the Tripoli-based government criticized the draft peace agreement as being “inconsistent with the highest principles of the nation.”

Ban Ki-moon said efforts are still ongoing to “ensure that this text is accepted by the Libyans” but stressed that “all those who choose to remain outside this framework will be responsible for the consequences and the suffering that will ensue.”

According to The Guardian, a copy of the final plan suggests a “governance structure designed to give both parliaments vetoes over decisions by a proposed unity government.”

U.N Special envoy Bernardino Leon had on several occasions this year stated that a deal would be sealed but he declared last month that the draft will no more be amended and that “our part of the process is now finished.”

Emerging reports citing diplomats have hinted that Leon would be replaced by 62 year old German diplomat Martin Kobler who headed the UN peace mission in the Democratic Republic of Congo and held UN posts in Iraq and Afghanistan.