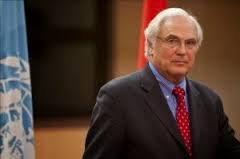 Stockholm’s New Stand on Western Sahara, a Meddling in the UN Peace Process & a Geopolitical Threat

All Moroccan political actors in the North African nation are in shock. They cannot figure out why some Swedish political parties are taking such a perilous stand instead of observing neutrality as required in international affairs.

Many foreign analysts have also slammed the resolution on Western Sahara tabled by some Swedish leftist parties describing it as an “irresponsible” and “reckless” political act which will only endanger peace and stability in North Africa, a region already facing terror threats of Islamic extremist groups such as Al Qaeda and ISIL.

Some experts say the Swedish move will not solve the Western Sahara issue, a decades-old conflict which remains unsolved due to the Algeria-backed Polisario front’s rejection of the autonomy plan offered by Morocco.

This plan has been described by the superpowers as “serious, credible and realistic” and as the only viable way to reach a political settlement to the Sahara issue.

Needless to say that the autonomy plan meets all aspirations of Sahrawis to manage their own affairs in peace and dignity, while protecting their political, social, economic and cultural rights.

Yet, the Polisario guerrilla, emboldened by Algeria which provides the separatist group with arms, funds and shelter, continues to turn down the peace offer, prolonging the sufferings of the Sahrawis living in the desert camps in Southern Algeria.

In this context, recognizing the ghostly Sahrawi Republic, as called for in the bill tabled before the Swedish Parliament, will not serve the interests of the Scandinavian countries nor those of a region at the gates of Europe, which is already facing many socio-political challenges, in addition to the fact that it will jeopardize all the efforts made so far by the United Nations and the group of friends of Western Sahara to settle this longstanding conflict.

What is also puzzling about the Swedish initiative is that it comes few days after the tour made by UN Secretary-General’s Personal Envoy for Western Sahara Christopher Ross in a bid to unlock the impasse to “achieve a peaceful, lasting and mutually acceptable settlement.”

But it is seems that the Swedish lobbyists and mercantilists with Algerian oil-connections want to trample on international laws, meddle into the UN peace process and violate Morocco’s territorial sovereignty.

Blinded by greed and some unethical political calculations, the Swedish supporters of the Polisario secessionist project may lose sight of the bigger picture and find themselves entangled in complex situations and trapped in inextricable cobwebs and endless litigations.

Furthermore, if the resolution on Western Sahara is adopted, Stockholm risks to find itself at odds with the stand of the European Union which backs the UN-sponsored peace process and the efforts of the UN Secretary General and his Special Envoy.

So, the question which arises now is whether Sweden really wants to drift away from the EU foreign policy, jeopardize security and stability in the whole Mediterranean region and destabilize Morocco, the only country emerging as a model in North Africa.

The North African kingdom has actually been recognized by the international community as the only country which remained standing up and which weathered all Arab Spring political and social storms thanks to the implementation of deep constitutional reforms, broadening of liberties and enhancing of economic opening.