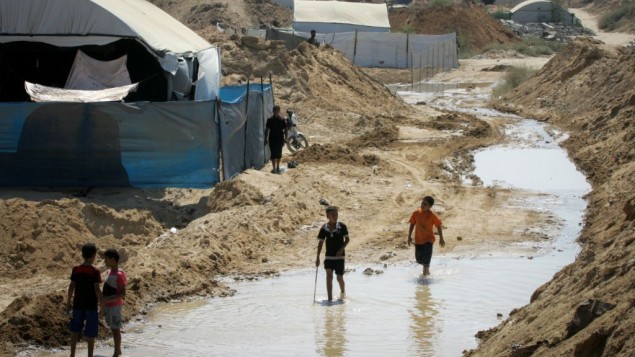 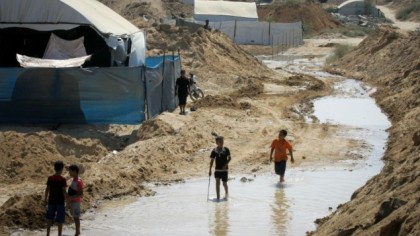 Human Rights Watch Tuesday criticised Cairo for smashing people’s rights in its campaign against IS fighters in North Sinai and said it may produce more militants as its buffer zone creation is leaving thousands of residents with no roof and no means of subsistence.

The Chief of the Human Watch Dog in Middle East and North Africa Sarah Leah Whitson indicated that Cairo’s project to create a buffer zone to keep the militants at bay has been detrimental to the people rather than to the Islamists. Whitson said the projects to destroy illegal smuggling tunnels connecting the Gaza Strip have evicted 3,200 families over the past two years, and razed hundreds of acres of farmland and thousands of homes.

“Destroying homes, neighbourhoods and livelihoods is a textbook example of how to lose a counterinsurgency campaign,” she said.

“The Egyptian authorities provided residents with little or no warning of the evictions, no temporary housing, mostly inadequate compensation for their destroyed homes — none at all for their farmland,” the organization added.

HRW’s report also revealed that Cairo may have violated “rules of laws” in creating the zone after Egyptian bulldozers destroyed homes over 79 square kilometres near Gaza.

The organization also says that it does not understand why Cairo does not use technologies that the United States offered to Egyptian authorities to detect and discover Islamist tunnels that could help avoid destructions of homes.

Egyptian military has begun flooding tunnels used by Palestinian militants and smugglers under the border with Gaza. Egyptian authorities pointed out that they are turning the area for fishing farms.

Clashes between Egyptian forces and Islamist have scaled up since 2013 following the removal of Islamist President Mohamed Morsi by an-army-backed uprising and the arrest of thousands of his followers, who were handed death sentences or jailed for life. The Egyptian army has launched its “Martyrs’ Rights” operation in North Sinai. A military official statement announced that hundreds of militants have been killed and their logistics and hideous destroyed.