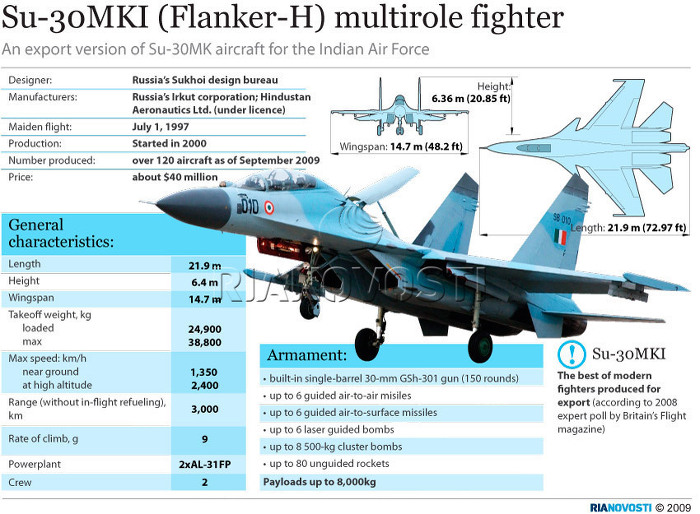 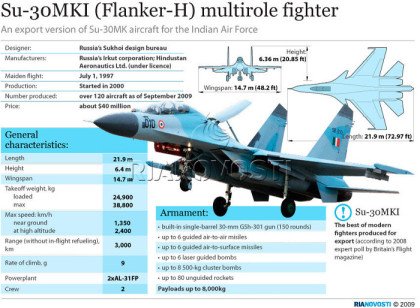 The Algerian army, currently undergoing a deep shakeup, has ordered 14 Russian Sukhoi Su-30 fighter jets, which will enhance the 44 Su-30MKs in service in the North African country.

According to Russian press reports, the new fighter jets will be delivered to the Algerian air forces in 2016 and 2017. In 2006, Algeria, an OPEC member country, received 28 Su-30s and another 16 under a 2010 arms sale contract.

The Su-30MKA operated by Algeria is a specialized variant of the Su-30MK fitted with a mix of French and Russian avionics. The Su-30 is a twin-engine, multi-role military aircraft. It is a two-seat, dual-role fighter for all-weather missions.

Algerian airmen operate a dozen MiG-25s, 23 MiG-29C/UBs and around 34 Su-24M/MKs. Last June, the country received the first of six Mi-26T2 helicopters from Russia and ordered another eight of the same type. The North African country has also ordered 42 Mi-28NE attack helicopters.

The Algerian navy is also modernizing and buying war vessels from China. It has already received one C28A furtive corvette equipped with Thales Smart-S Mk2 3D air and surface surveillance radar and Kelvin Hughes for the navigation radar.

Two other Chinese-made C28A corvettes are expected to be delivered to Algeria in the few coming months under a contract signed in 2012.

According to latest report of the Stockholm International Peace Research Institute (Sipri), Algeria is the largest arms importer in Africa.

Many analysts are scratching their heads and wondering why Algerian army needs all these multi-billion US dollar high-tech weaponry, while the country’s economic hardships are going from bad to worse due to falling oil prices amid growing social woes.

Such a situation is prompting major regional and international concerns as power struggle with potentially serious implications is heating up at the top of the Algerian State.