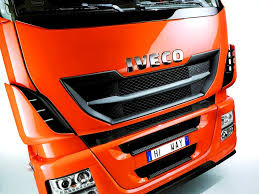 Italian car company Iveco in collaboration with Algerian Ival group will start producing cars in Algeria by end of 2016 according to Ival CEO who made the announcement on Tuesday.

Ival CEO Mohamed Baïri was speaking on the sidelines of the signing of a protocol of agreement for the establishment of a joint Algeria-Italy industrial cooperation committee.

“The study of Iveco car producing project in Algeria is over and negotiations on the start of the factory have made much progress,” Baïri said. The partnership agreement for the creation of the joint-venture is to be sealed by mid-October, he said.

Baïri pointed out that the new factory will be located at Bouira and that the plant will also have a spare-part producing unit. Several sub-contractors specialized in tires, batteries and bodyworks have been identified to accompany Ival’s project. The plant is expected to produce about 1,000 to 1,200 cars per year at its beginnings.