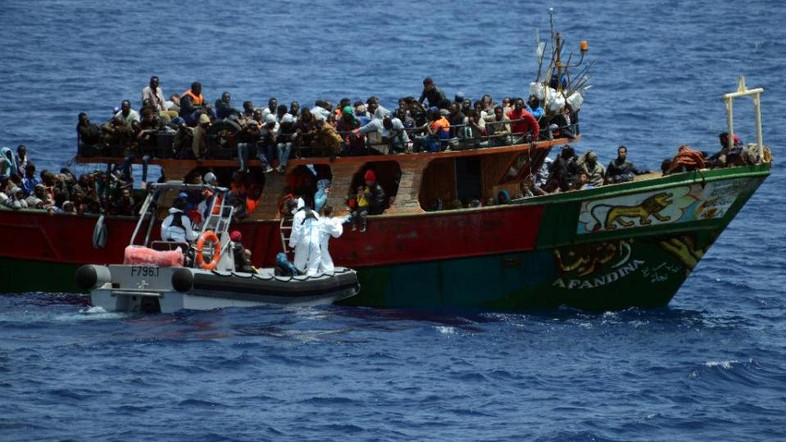 The European Union members largely agreed in Brussels on Monday to carry out military actions against migrant smugglers networks which operate from Libya.

Gathered in Brussels, EU ministers of the interior agreed to move to the second phase of EU’s counter-illegal migration strategy adopted in July.

The EU interior ministers deemed that “the conditions to move to the first step of phase two on the high seas of EUNAVFOR- MED have been met, the naval operation having fulfilled all military objectives related to phase 1.”

The first phase launched in July consists in gathering and analyzing intelligence on the networks, while the second phase allows the EUNAVFOR-Med operation to search, seize, and destroy, if necessary, boasts used for human smuggling.

“This important transition will enable the EU naval operation against human smugglers and traffickers in the Mediterranean to conduct boarding, search, seizure and diversion on the high seas of vessels suspected of being used for human smuggling or trafficking, within international law,” the EU’s council of ministers said in a statement.

EU members namely Greece, Malta, Cyprus, Italy have been struggling with floods of migrants fleeing war and upheaval in Middle East and North Africa. More than 350,000 migrants have already undertaken the perilous trip across the Mediterranean Sea while close to 3,000 have been reported dead in the crossing so far this year.

EU members in July leaped to action after more than 700 people lost their lives in a single day while trying to reach the EU coasts.

EU’s effort to win the nod of Libya has been vain after Libyan political rival administrations have opposed EU’s military actions plan against networks in Libya.

However, the EU is strongly endorsing UN peace process efforts in Libya to bring rival Libyans to an agreement by September 20.

As members agreed to back military actions, divisions about refugee quota redistribution remain.

The interior ministers failed to reach an agreement on the quota each country is ready to shelter out of the 120,000 Syrian refugees.

Though 24 out the 28 members are in favor, Eastern EU members have fiercely opposed the proposal made by European Commission chief Jean-Claude Juncker to redistribute 120,000 refugees from overstretched Greece, Italy and Hungary.

EU members have seen oceans of Syrian refugees arriving at their borders and the death of the Syrian toddler on a Turkish beach has sparked international outcry and pushed EU members to discuss how to accept in the refugees.

EU interior ministers are expected to meet over again for a final agreement after Monday disagreement on the redistribution.