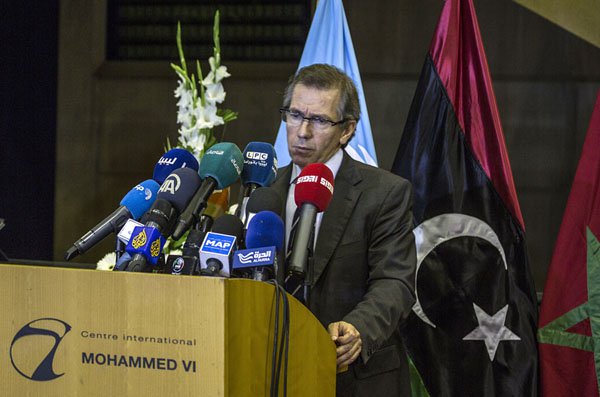 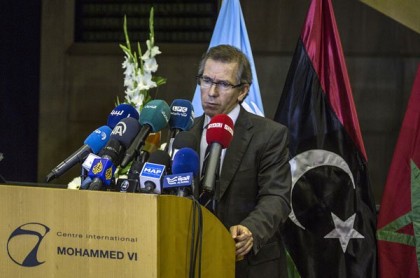 UNMIL Chief Bernardino Leon Sunday handed to the Libyan political antagonists present at the Skhirat round of talks a new draft incorporating the amendments demanded by the General National Congress (GNC) of Tripoli.

The new draft is a reviewed form of the July draft that was initialled by several Libyan factions including the House of Representatives. The new text incorporates six points added to meet the GNC concerns. The main points of the six amendments relate to the composition of the State Supreme Constitutional Council and the military position to be filled by the future Government of National Accord.

Upon the request of the GNC, all the members of the Supreme Constitutional Council should all be appointed from the GNC. As for military appointments, the new draft points out that all positions will remain vacant right after the final accord. The Unity Government will have the onus to appoint the incumbents for the vacant positions within 30 days but if it fails, the government should re-appoint the incumbents during the following 60 days.

Leon gave 48 hours to the rival camps to submit the new draft to their respective councils for approval.

The new Draft angered some HoR delegates and there are dim chances that it will be accepted by the HoR.

Last week, the HoR President Ageela Salah Gwaider sent a letter to Leon renewing the House’s objection to any amendment to the July initialled draft. Gwaider pointed out that he would withdraw his negotiation team if Leon makes any change to the draft.

One of the HoR delegates in Shkirat already complained that Leon gave the GNC “everything it wants.”

To allay the HoR’s concerns, Leon argued that the amendments brought to the new draft are “non-significant.”

Leon also urged all parties to accept the changes saying that they are vital to save the Dialogue process.

“This is a win-win solution, and I think that really there is a good level of compromise from both sides,” Leon said in a statement issued early Monday, urging the HoR to accept the changes and to respond with generosity for the sake of the country.

Delegates are expected to return to Skhirat to continue to the talks, decide the composition of the future Government of National Accord (GNA) and appoint a new Prime Minister and his two deputies.

Leon is also pushing all sides to agree to a final accord by September 20, the new deadline he set for the agreement. Meanwhile the UN Security Council extended to March 2016 the UNMIL mandate, to enable the mission accompany the future GNA.