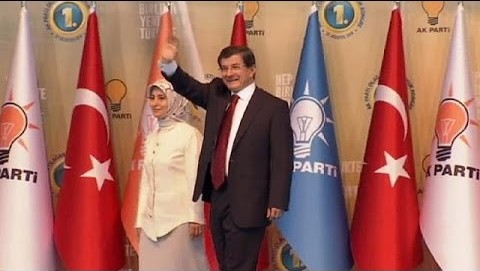 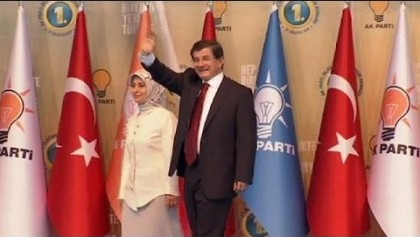 The Turkish ruling Justice and development Party (AKP) held its 5th congress on Saturday and reelected Prime Minister Ahmet Davutoglu as the chairman of the party.

Analysts say the election was heavily influenced by President Erdogan because his loyalists dominate the elected 50-member council of the party.

The party’s congress was held ahead of the parliamentary elections to be held on November 1, after AKP failed to reach a consensus with opposition parties to form a coalition government following the June elections where the AKP was the leading winner but failed to garner a majority.

Davutoglu stood unopposed but a senior party member said it was because he had sort out his differences with Erdogan by agreeing to accept the latter’s loyalists into the party’s executive body. Erdogan’s son-in-law, Berat Albayrak, as well as former transport minister Binali Yildirim and his former lawyer were all named to the council while Davutoglu’s allies were conspicuously absent.

Halil Karaveli, managing editor of policy journal The Turkey, thinks that Erdogan “scared” Davutoglu by pushing Binali Yildirim to go in the race for the party’s chairmanship.

A senior party member said some factions of the party will not be pleased with the outcome of the elections because Erdogan practically continues to retain “control over the party leadership” although he is not an official member of the AKP since he is the country’s president. The senior member admitted that “nobody can risk a massive breakup and everyone is aware of this sensitivity.”

Meanwhile, the political atmosphere in the country coupled with the tensions along its Syrian and Iraqi borders have raised concerns about economy and investment perspectives as the fight against the PKK intensifies.