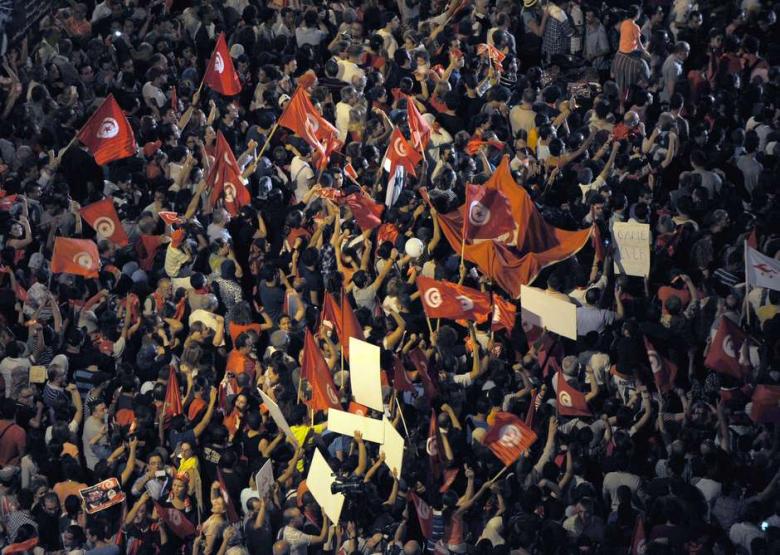 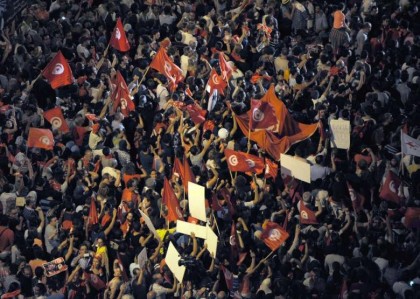 The five-member coalition of opposition parties announced on Thursday that they will go ahead with their Saturday protest march against the controversial Economic and Financial Reconciliation Bill after a meeting with Prime Minister Essid.

After the coalition said the Prime Minister endorsed its march, Interior Minister Najem Gharsalli said before the deputies that the information was baseless since the authorization of demonstrations and public rallies falls within the prerogatives of his department.

Tunisia is still under a state of emergency that bans protests.

In a statement released later, the Prime Minister’s office said, without clearly alluding to the banning or postponement of Saturday’s march, that the refusal to approve demonstrations is not meant to limit freedoms, but is decided when the state gathers intelligence on looming terrorist threats targeting “vital institutions.” “These threats seek to spread disorder in the country,” the Prime Minister’s office said in the statement, affirming that bans have nothing to do with political considerations or purposes.

Gharsalli told MPs that he had asked a delegation of the opposition parties, during a meeting on Wednesday, to postpone the march till after September 14 because “sleeping terrorist cells have been instructed to target the demonstrations especially along the Habib Bourguiba Avenue.”

It is still unclear if the coalition will heed the government’s proposal to postpone the march.

The government’s decision has been criticized by the opposition and critics of the bill with some claiming that it was geared towards blocking the public’s rejection of the bill.

Khalil Zaouia, leader in Ettakatol – a member of the coalition- said the Prime Minster agreed to the organization of the match during the meeting with the coalition.

North Africa Post's news desk is composed of journalists and editors, who are constantly working to provide new and accurate stories to NAP readers.
NEWER POSTEgypt: U.S to increase forces in the Sinai
OLDER POSTAlgeria: if nothing changes, society will implode, movie-maker