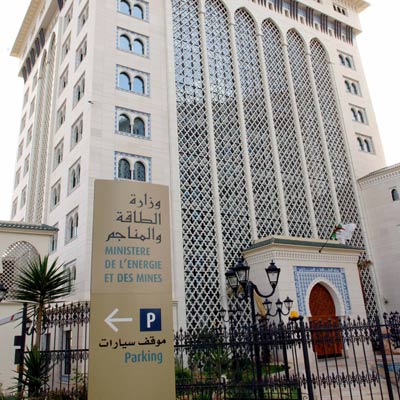 Algerian energy minister Salah Khebri has stated that the country plans to boost its natural gas production capacity which has been on the decline for the past couple of years.

He said the objective is to increase production by at least 13% before the end of 2019. Its low gas output has affected government programs because the state is heavily dependent on revenue generated from gas exportation which accounts for around 60% of the national budget.

The latest edition of the Algeria Energy magazine quoted the Minister explaining that the increase of production will help “to meet domestic demand and increase exports.” To achieve the goal, an estimated $40 billion is expected to be pumped into the sector.

The government has not revealed details about its plan to increase production and this year’s oil and gas exportation earnings are expected to fall by 50% to around 34 billion. Natural gas constitutes 95% of the country’s exports.

Algiers has already suspended some of its development programs and Prime Minister Sellal has revealed that state spending will be cut be 9% next year if the global crude oil prices continue dropping. “Courageous decisions” are needed during such circumstances, he pointed out.

State-owned energy company Sonatrach stated that it will go ahead with its $90 billion five-year investment plan while the studies of the National Statistics Bureau show that national production output will continue to decline in 2016. The government earlier this month said oil and gas export volumes dropped by 8.9% in the first quarter of 2015.