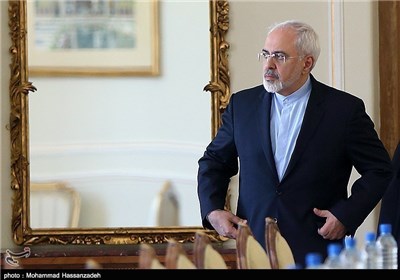 Iran’s Foreign Minister Mohammad Javad Zarif is expected this Monday in Tunis, first leg of a North African tour that will also lead him to Algiers to discuss ways of enhancing further cooperation ties with Maghreban countries.

This is the third international tour of Mr Zarif after the conclusion of the nuclear deal in the Austrian capital, Vienna, on July 14.

His talks will Maghreban official will also cover latest regional and international developments with special focus on crises in Syria, Yemen, and Libya.

According to some press reports, the Iranian top diplomat will also discuss with Tunisian and Algerian officials the fallout of the historic nuclear deal sealed by Tehran with world powers.

During his previous international tours after the Vienna talks, Mr. Zarif visited several countries including Kuwait, Qatar, Iraq, Lebanon, and Syria in the Middle East as well as India, Pakistan, and Russia.

After two-years of arduous talks, Iran and the five permanent members of the UN Security Council – (the United States, Britain, France, China and Russia) – and Germany reached on July 14 in Vienna a landmark deal aimed at reining in Teheran’s nuclear program and preventing it from obtaining a nuclear weapon.

The agreement, which helped to ease the strained relations between Iran and the West, will also have a deep impact on the whole Middle East region

The comprehensive long-term deal reduces the number of Iranian centrifuges by two-thirds. It places bans on enrichment at key facilities, limits uranium research & development to the Natanz facility and tightens control on nuclear activities.

In return for these concessions, Iran would get relief from sanctions while being allowed to continue its atomic program for peaceful purposes