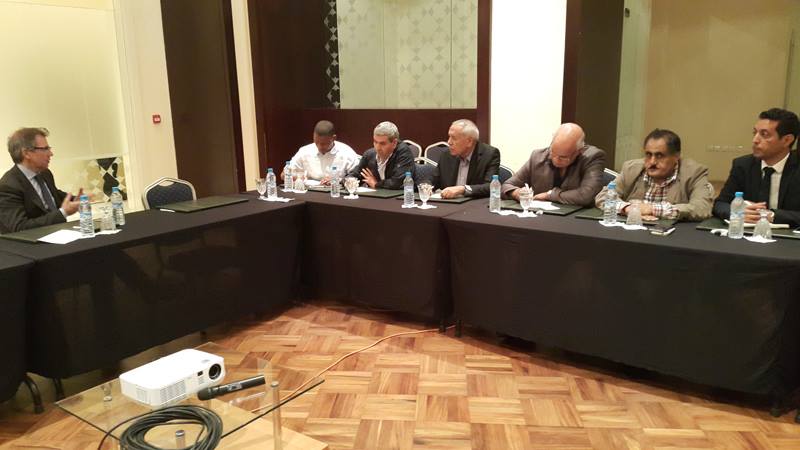 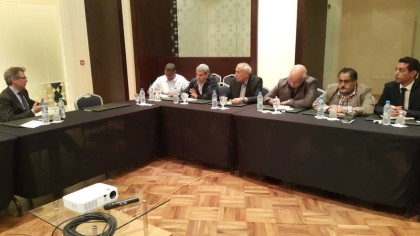 The last stages of the Libyan peace talks resumed Thursday in the Moroccan city of Skhirat without the General National Congress which indicated that it would later join the talks.

Pressed by the UNMIL Chief Bernardino Leon, Libyan political stakeholders resumed dialogue in Morocco in the bid to fine-tune the last points to lead to the establishment of the government of national accord aimed at rescuing the north African country from its chaotic political and humanitarian situation.

Leon who expressed mixed feeling over the situation reminded delegates at the talks it was imperative that all sides reach a final agreement by the end of August in order to prevent Libya from falling into a more disastrous situation.

Leon added that only a speedy completion of the Libyan Political Agreement could help ward off further economic challenges, halt and overcome IS.

As to the absence of the GNC members at the Skhirat new round of talks, UNMIL said in a statement that GNC indicated that its delegation could not make the trip to Morocco because it was reorganising its team as two of its members resigned.

UNMIL said it received assurance from the GNC that it remains committed to the talks and will participate in the next session. The UN Mission for Libya continued saying that it will maintain contact with the GNC to ensure its effective participation in the process.

Meanwhile, Prime Minister Thinni, in an interview with the Russian media Sputnik reiterated the call of his government based in Tobruk that it needed international intervention in Libya to shell IS position.

Thinni also expressed his government’s desire to see the arm ban lifted so that Libya’s friends provide them with arms and ammunition needed to crush IS.

“The international community helped us overthrow the [Qaddafi] regime, but has not helped in building a new state” he said.