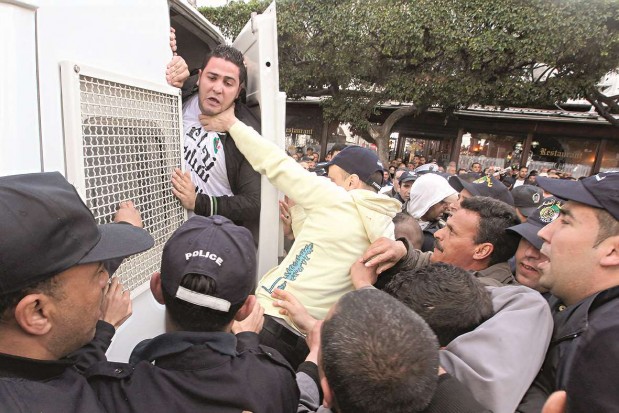 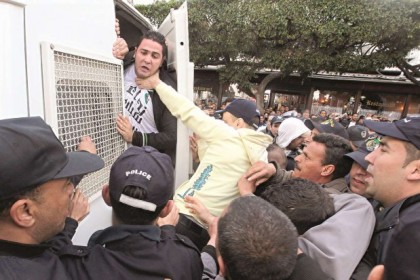 Algeria which has been recently accused of rolling back human rights by the US State Department, features again among countries where human freedom is seriously at risk according to a report published Monday by the Canadian human rights think tank Frazer Institute.

The think tank lambasted Algeria in its recent 116-page report called “The Human Freedom Index” for poor human rights records. Algeria ranks 147th out of the 152 countries cited in the report and features among the top 10 countries in the world where human rights are no concerns for the government and therefore only doing better than six countries namely Central African Republic, Yemen, Zimbabwe, DR Congo, Myanmar, and Iran.

The report based on different aspects of human rights namely free movement, association membership, freedom of religion, freedom of speech, and freedom of investment. The report shows that all these aspects of human rights are either ignored or violated in the North African country. Frazer panned Algeria as one of the countries around the world hostile to free movement of foreigners and respect of women’s rights. Algeria received a rating of 5 out of 10 regarding those rights.

The report also indicates that respect of judiciary procedures is seriously violated by authorities, Algeria getting 4 out 10.

Rights of minority religions are unprecedentedly scorched and the state polices practice of Islam rending freedom of religion difficult in Algeria.

As mentioned in the US State Department report, Algerian authorities are sniped for opposing dissident political voices. Frazer’s report argues that political freedom in Algeria is significantly in the pit and membership to associations is a crime in the eyes of authorities.

Furthermore, the report blasts Algerian authorities for muzzling and censoring media and content jeopardizing the work of independent and private reporters and media outlets. It also indicates that access to sources of information is very difficult and controlled by the state.

Algeria turns out to be a country where relations between children and parents are the poorest and women’s right constantly violated without any state intervention. The report indicates that Algeria is doing nothing to improve these rights and gets “null” out of 10.

Going through a difficult economic situation due to the relative collapse of the oil price, Algeria is facing serious problems to attract foreign investors. Frazer’s report indicates that the economic situation can be chalked on the lack of freedom of movement of foreigners and local potential investors.

On the freedom of movement of investors, Hong Kong, Switzerland, Finland, Denmark, New Zealand, Austria, Ireland, Great Britain and Sweden are on top of countries with friendly investment environment.