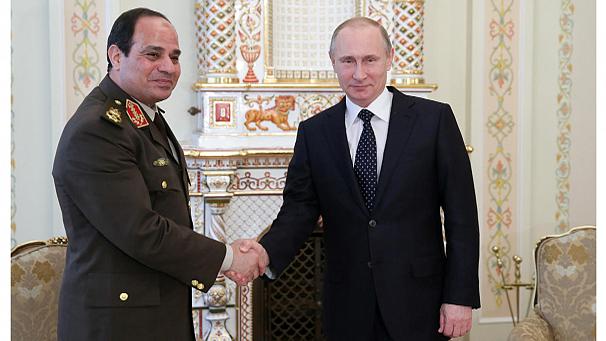 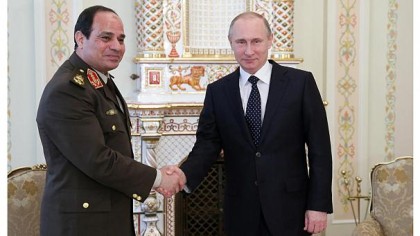 Egyptian President al-Sissi is due to meet his Russian counterpart Vladimir Putin in Moscow next week to bolster cooperation between the two countries, Egyptian official sources indicated Thursday.

This will be al-Sissi’s third trip since his election as president in June 2014. He first visited Russia in August last year, and returned to Moscow last May on a diplomatic charm tour.

During the trip, scheduled from Tuesday through Thursday, the two leaders will discuss “common will to strengthen and promote strategic relations between the two countries” according to al-Sissi’s office.

Al-Sissi is also expected to attract Russian investors and sell the new gigantic Suez Canal project and opportunities it offers.

Russian and Egyptians relations have evolved as the two army men Putin and al-Sissi have been working to strengthen relations between the countries.

As a sign of rapprochement, the Russian President visited Egypt in February this year.

Meanwhile, al-Sissi’s domestic challenger, the IS group in the Sinai, claimed responsibility of the car bombing attack on the state security building in Cairo that injured 29 people early Thursday.