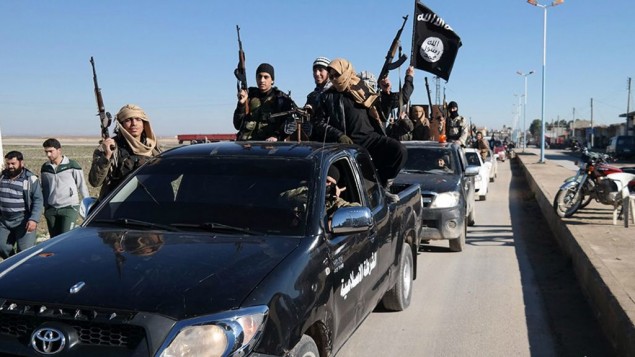 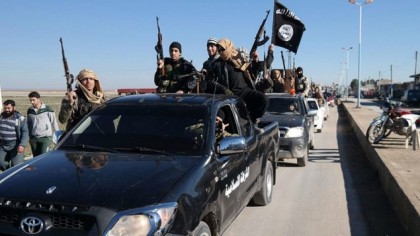 ISIS militants, who seized control of Sirte in June, beheaded 12 local militiamen who had been fighting the group in the east of the city and hung their bodies on crosses, the official news agency LANA said.
“We are deeply concerned about reports that these fighters have shelled densely populated parts of the city and committed indiscriminate acts of violence to terrorize the Libyan population,” reads the joint statement released by the US state department on Sunday.

Washington and its allies called on the warring parties in Libya to join efforts and adopt a unified front against “transnational terrorist groups exploiting Libya for their own agenda.”

“The situation in Sirte underscores the urgent need for parties in Libya to reach agreement on forming a government of national accord that, in partnership with the international community, can provide security against violent extremist groups seeking to destabilize the country,” the statement says, adding that “there is no military solution to the political conflict in Libya.”

Several other countries, including Maghreb countries, have joined their voice to that of the US and its allies to condemn the terror acts and call Libyans to intensify efforts to achieve success of the national dialogue process and form a national unity government the soonest possible.

Libya’s internationally recognized government in Tobruk has called on the Arab League to intervene with air forces in Sirte while the head of Sirte military police, which supports the Tripoli-based Libya Dawn regime, has reportedly said that western units were now on the outskirts of Sirte and were awaiting orders to launch an offensive against the Islamic State (IS.)

The Arab League is due to meet in Cairo on Tuesday to examine Libya’s request for strikes against ISIS.