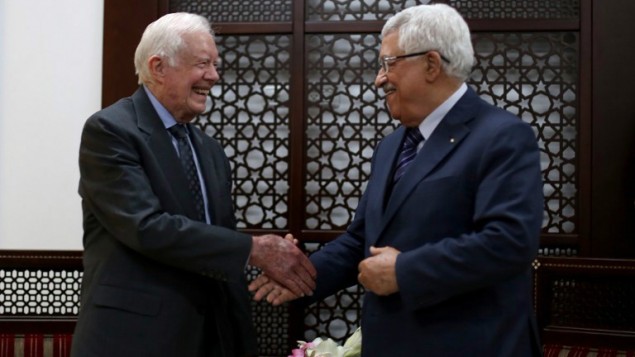 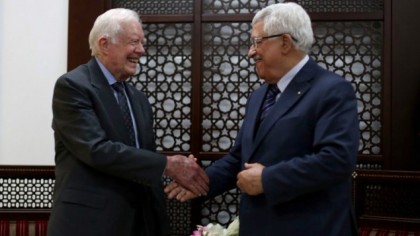 Former US President Jimmy Carter Thursday deplored lack of initiatives to solve the Israeli Palestinian conflict and slammed Israel for killing the two-state solution, the only solution to ensure equal rights between Palestinians and Israelis.

The 90-year old former President said in an interview with Prospect Magazine that chances to have a two-state solution to the conflict have been blown up by Israel which, according to him, is not ready to give equal right to Palestinians.

“These are the worst prospects for peace between Israel and the Palestinians for years. At this moment, there is zero chance of the two-state solution,” Carter said.

Carter blamed the Israeli Prime Minister Benjamin Netanyahu who never sought to make peace with the Palestinians favouring rather a one-state solution, where Palestinians will never have equal rights.

“Netanyahu does not believe now and has never sincerely believed in a two-state solution for Israel and Palestine,” Carter added.

Carter told the magazine that when he visited the West Bank in April, he did not bother to ask Netanyahu for a meeting because he knew his request would surely be rejected like previous ones.

“It would be a waste of time to ask,” Carter said.

On the nuke deal signed by Iran and world powers, Carter qualified the deal as “superb” and indicated that the democrats at the Congress will endorse the deal, hoping that US relations with Iran will improve in heels of the deal.

Jimmy Carter is very knowledgeable of Iran-US relations which have been strained for years. Carter’s term in office was marked by the abduction of the 52 American Embassy officials in Tehran, ahead of the Islamic Revolution in 1979. Carter would later lose elections to Ronald Reagan.

He charged Israel for overblowing Iran’s nuke program and propaganda against Iran. He argued that Israel possesses “at least 150 to 200” nuclear weapons.