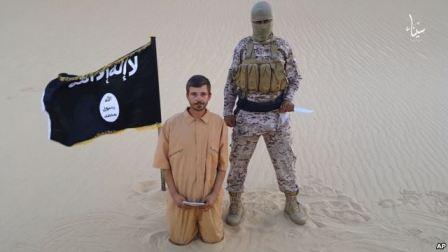 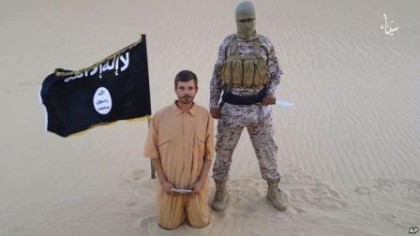 ISIS affiliated branch in North Sinai claimed on its twitter account it beheaded the Croatian captive it kidnapped 3 weeks ago in Egypt. Egyptian and Croatian authorities have not confirmed the claims yet.

An ISIS twit said Tomislav Salopek was killed after the deadline set by the group was exceeded.

The Jihadist group circulated photos of a decapitated body in a desert, with a knife plunged into sand with the banner of the IS near it. The photos were captioned “for his country’s participation in the war against the Islamic State.”

It was difficult to confirm the claims but analysis of the photos showed that they were posted on Wednesday.

Egyptian authorities could not verify the claims either but promised to inform reporters through a statement once they get some confirmation.

Croatian Prime Minister Zoran Milanovic addressed the nation after the Egyptian jihadist group claimed it had killed Tomislav Salopek but said his government was not totally sure of the killing.

“I am not sure if we will be in any position to confirm the news in the next few days, but what we can see doesn’t look good, it looks very bleak… I am afraid that the worst has happened,” Milanovic said.

The Prime Minister however indicated that his country will participate in the campaign against ISIS despite being a member of NATO.

Tomislav Salopek worked for French geoscience company CGG, which is involved in the oil and gas industry. He was abducted while travelling 14 mile west of Cairo on July 22 according to security statement.