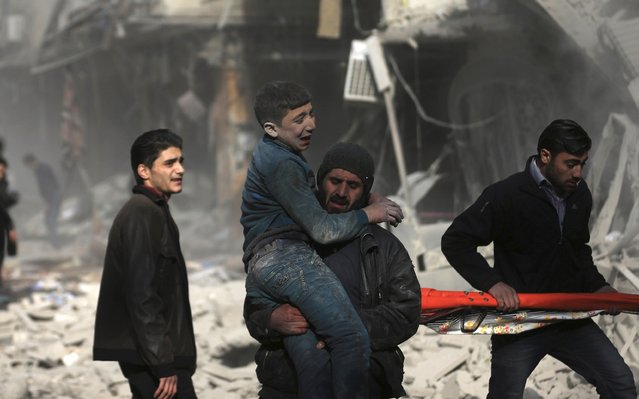 Has the Syrian regime grown tired of war? 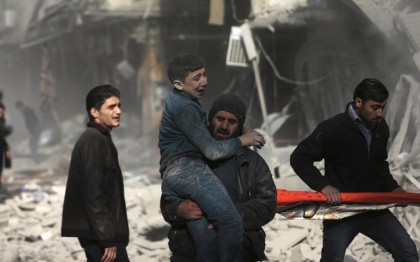 The Syrian regime of Bachar al-Assad seems to have grown tired of the war in his country that has entered its fifth year and that left more than 250,000 people dead, 1 million injured and forced more than half of the population, some 10 million, out of their homes. Some recent news signal that the regime may be at last considering a way out of the conflict.

Earlier this week, Iran announced it had drafted a roadmap to end the Syrian war, after it held thorough consultations with Syria, and that the initiative will be submitted to the UN.

Iranian deputy foreign minister Hossein Amir-Abdollahian told the Beirut-based Al-Mayedeen TV channel that the roadmap, a revised version of an Iranian initiative presented last year, is “one of the most effective and serious plans on the agenda of the United Nations and international players.”

A meeting in Muscat between the Syrian foreign Minister, Walid Al Moualem, and his Omani counterpart Yusuf Bin Alawi also sparked speculations that President Assad could be considering serious negotiations with the rebels in order to end the war after more than four years of fighting.

Oman, thanks to its neutrality policies in the region, is considered as the regional peace-maker and tension-breaker. There are already reports of a possible tripartite meeting between Syrian, Iranian and Saudi diplomats in the Gulf country.

Tehran is a staunch ally of Syria and one of its few remaining donors as it extended Damascus $4.6 billion worth of loans since 2013 while Riyadh backs the regime’s rebel opponents.

SANA reported that during the closed door meeting, Moualem and Alawi agreed that ending the Syrian war “should be based on meeting the aspirations of the Syrian people in the fight against terrorism” and ensuring its “territorial integrity” and sovereignty in a stable environment.

Oman is the only Gulf Sate that has not cut political and diplomatic ties with the Assad regime since the war started. The official visit of the Syrian minister to the country, the first in four years, is seen as a strong political sign that highlights Damascus intentions to end the war.

Last week, United Nations special envoy for Syria, Staffan de Mistura, announced that he had invited a range of Syrians to participate in separate discussions on how to restart peace talks.

Last March Washington had said it will have to negotiate with Syrian President Bashar al-Assad to end the conflict and that it was working hard to “revive” the efforts to find a political solution.

“We continue our efforts resolutely, we work with the moderate opposition, but that’s not all. We continue on diplomatic channels and we are in talks with a number of players,” Secretary of State John Kerry had then said, without specifying if these players already included the Syrian regime.

Earlier this week, President Barack Obama said after a meeting with the UN Secretary General Ban Ki-moon at the White house that it was necessary to arrive at a realistic political process in Syria.

“In Syria, we (himself and the UN Secretary General) shared our deep concerns about the humanitarian crisis there, as well as the need to stop the killing and arrive at a realistic political process that can lead to a stabilizing of the country and a transition to a government that is reflective of all the people of Syria,” President Obama said, adding that he traded with his interlocutor “notes on how our diplomatic teams can work together with other interested parties on that issue.”

Jonathan Tepperman of Foreign Affairs wrote after an interview with Bashar al-Assad early this year that he saw “a man so unyielding and deeply deceptive – or delusional – that it’s impossible to imagine him ever negotiating an equitable end to Syria’s civil war,” that “Bashar al-Assad will cling to power irrespective of the destruction it requires” and that “he will use any method to that end, from his residual stock of chemical weapons to alliance reversals to an extension of the conflict beyond Syria’s borders.”

Yet, few months later, the winds seem to be changing, mainly due to the strategic setbacks suffered by the Syrian regime since the end of last year and the progress of the IS group inside territories that were so far considered part of the regime’s strongholds (Homs, Hama, Aleppo, Palmyra etc.) In addition to this, the regime lost to IS in May two phosphate mines it was running and that were among the few remaining sources of hard currency earnings.

The situation has seemingly shaken the Syrian regime and pundits perceived in a speech Bashar al-Assad delivered on July 26 a change in his usual defiant attitude as he admitted that he lost parts of the country and that his army was facing difficulties because fighting on several fronts was stretching its resources besides the growing desertions within its ranks and the rec recruitment challenges it is grappling with.

Is this failure acknowledgement heralding that al-Assad is ready to sit to a negotiation table? Is this meaning that the end of the war is nearing? That is surely the finale most of the Syrian people are longing to watch.

North Africa Post's news desk is composed of journalists and editors, who are constantly working to provide new and accurate stories to NAP readers.
NEWER POSTCairo to Doha: “Don’t sneak into our internal affairs”
OLDER POSTLibya: Libya protagonists meet for a new round of dialogue